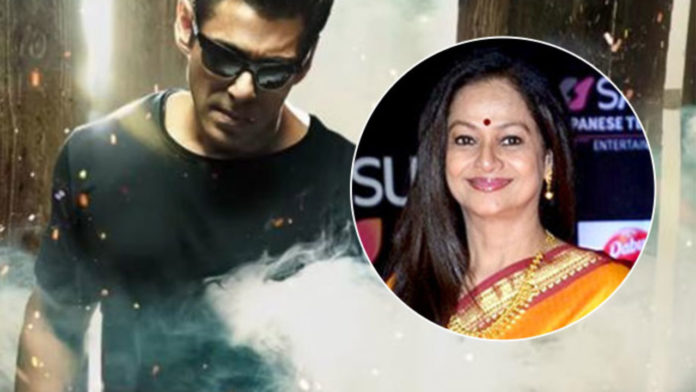 Since the time of its announcement, Radhe: Your Most Wanted Bhai has been creating a lot buzz which is natural since it is a Salman Khan’s film that is coming on Eid. So there will be hype and noise around the film.

There were a lot of speculation around the cast of the film. While it was confirmed a few days ago that Disha Patani is the leading lady while Randeep Hooda, Jackie Shroff will be seen in pivotal roles. One important character was not revealed yet i.e. Salman’s mother in the film.

Now, it has been reported that the veteran actress Zarina Wahab will be playing the role of Salman’s mother. Zarina considers Salman the mentor of his son Sooraj Pancholi. Sooraj also holds Salman in high regards. It would be interesting to see Sooraj’s mother to be playing Salman’s onscreen mother.

Zarina is a critically acclaimed actress who has acted in a number of films and television serials. Basu Chatterjee’s Chitchor and Bhimsain Khurana’s Gharonda remain her most loved films. She was cast opposite Amol Palekar in both the films.

Coming back to Radhe, the shooting of the film has started in Mumbai a couple of days ago. The Mumbai schedule will go on for a month after which Salman will get busy in the promotions of Dabangg 3 which is releasing in December this year. After completing this schedule, Salman will also go abroad in order to shoot some songs.