The road ahead for the actor, Rajkummar Rao is a busy one. He has multiple projects on his head, with each requiring him to work extensively. His film with Anurag Basu, Ludo is coming out on Netflix on November 12 but he has no time to sit around and wait for it.

Rajkummar is now going to make huge strides and is probably taking one of the biggest risks of his career. He is going to star in the blockbuster Hrishikesh Mukherjee comedy film, Chupke Chupke’s remake. Yes! The iconic film which starred Amitabh Bachchan, Dharmendra, Sharmila Tagore, and Jaya Bachchan is getting a remake.

In the remake, Rajkummar Rao will portray the role essayed by Dharmendra in the original film. A source from the Mumbai Mirror confirmed this news.

The statement which the source from the Mumbai Mirror gave, read :

“The script is undergoing some rewrites as the makers are determined to do justice to the original. They are also in talks with several actors for the role of Sukumar, professor of English masquerading as Parimal, and trying to teach botany, enacted by Amitabh Bachchan in the original. The cast should be locked by December.”

Meanwhile, Raj is waiting for the release of his film, Chhalaang which comes out on November 13 on Amazon Prime. He has also shot for his horror-comedy film, Roohi Afzana, which also stars Janvhi Kapoor.

The actor is not having any time to rest as he also has Badhaai Do and an untitled film with Kriti Sanon. Back to back films are going to keep him busy going into next year.

Since Rajkummar Rao stars in the remake of Chupke Chupke, it is going to be a special film. Let’s wait for the official confirmation of the rest of the cast till then. 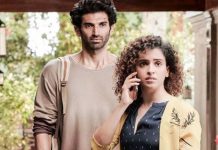 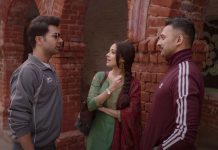