Rakul Preet Singh is one of the most beautiful and well known actresses in South Indian cinema. Rakul was most recently seen in Telugu film Manmadhudu 2, along with Nagarjuna Akkineni. Her performance in the movie was appreciated widely.

Rakul will also be seen in Tamil film Indian 2. Directed by S. Shankar, film is a sequel to the 1996 film Indian. The film stars Kamal Haasan and Nedumudi Venu reprising their roles as Senapathy and Krishnaswamy respectively from the first installment, with Kajal Aggarwal, Siddharth, Rakul Preet Singh, Vivek and Priya Bhavani Shankar newly joining the cast.

In addition to her active acting career, Rakul is also often seen in various media events ans shows. Yesterday, Rakul was seen attending a similar event and she looked gorgeous in her attire. 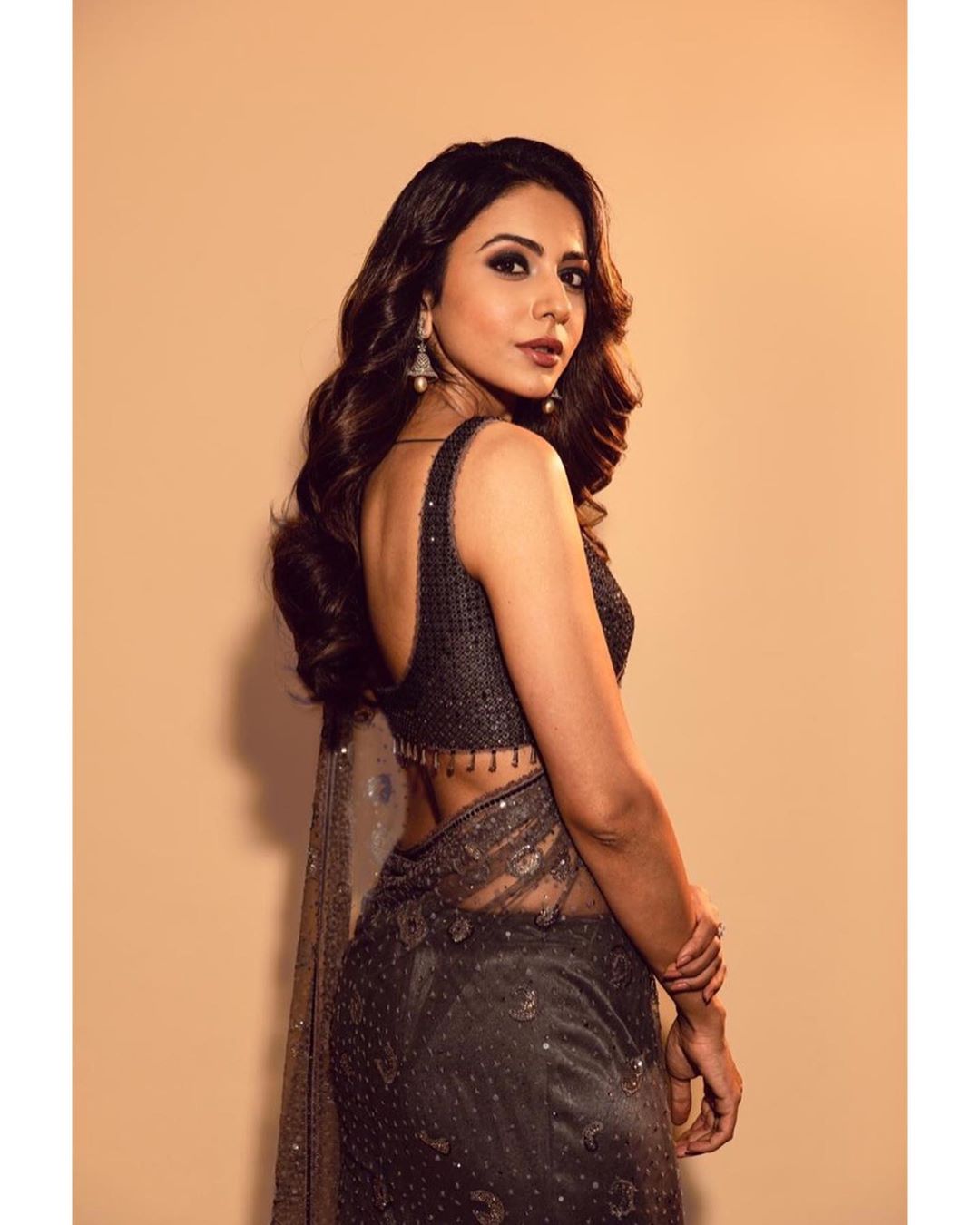