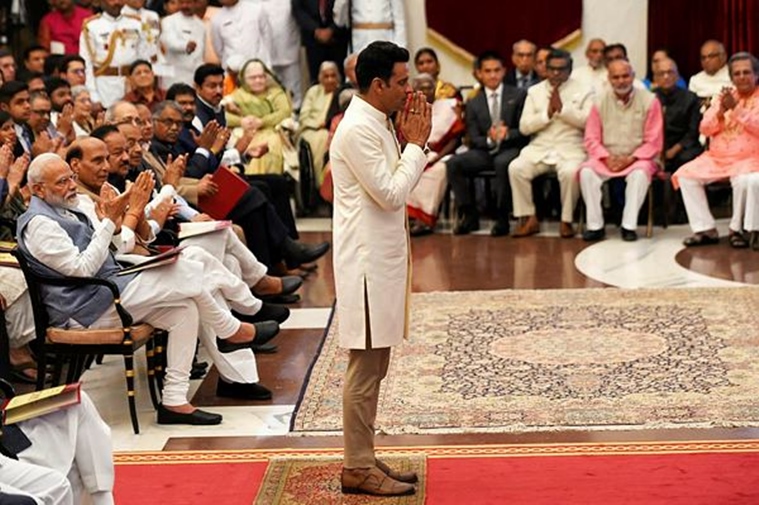 Bollywood actor Manoj Bajpayee has been awarded the prestigious Padma Shri in a ceremony held on Saturday in New Delhi by President Ramnath Kovind. The noted actor was present in traditional attire at the ceremony and received the honor with folded hands.

Indian cricketer Gautam Gambhir and the renowned scientist Nambi Narayanan were also honored with the award at the ceremony.

Earlier in an interview given to indianexpress.com, Manoj had shared that getting recognized by the government means a lot to him as his years of work dedicated to cinema has finally found meaning.

Manoj was last seen in dacoit drama ‘Sonchiriya’ which garnered appreciation from the critics but failed to bring the audience to the theatre. He will be next seen in the Netflix film Dhaka, in which he will be seen sharing screen space with Hollywood actor Chris Hemsworth, Pankaj Tripathi, David Harbour, and Randeep Hooda.