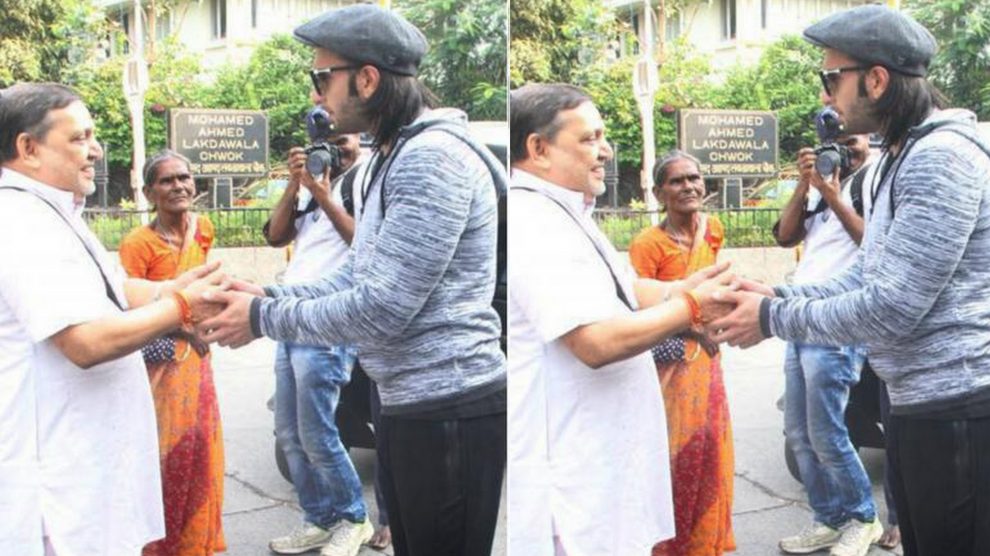 However, everyone in the film industry adores the actor Ranveer Singh for his behavior and he very well knows that how to treat people with love and respect. Recently on the busy street of the Bandra, Ranveer was seen greeting and seeking the blessings from a priest whom he met outside the Otters Club in Bandra. Ranveer was seen wearing gym clothes and all the people were surprised with his overly convivial gestures.

The lead actress of the movie, Deepika Padukone has already started doing the promotion for the movie ‘Padmavati’, while her other co-actors Ranveer Singh and Shahid Kapoor will join her soon. He even spoke about the role which he is playing in the movie. Ranveer says that he is playing a very difficult character. He is a people pleaser, admittedly. He always likes to keep the atmosphere light around him and he loves to spread the cheers and laughter and that does not bother if he is making stupid jokes and acting silly and crass. However, he says that when he adopted the role of an Alauddin Khilji in the movie there is no trace of that person there are some of the actors are that way where their external starts to affect the internal.

Ranveer says that there is some point during the filming when everyone around him realized that at one point in the morning you will have Ranveer and the rest of the day you will see Allauddin Khilji and his whole energy changed and he says that is very good at least he is being honest in his job but now he says that he is almost done a lot with that now all the darkness has been lived out and it has been addressed. He feels like it is almost like a therapy.

He was seen taking the blessing from a priest for the success of his upcoming movie titled ‘Padmavati’ in which he has put a lot of hard work. Sources reveal, that the priest in this picture is the one whom Ranveer knows from his childhood. After seeing him he bumped into him after such a long time today afternoon and hence he sought all the blessings. Later, he even interacted with the kids on the street in that same area where everyone was very excited to see him in person.

Anupam Kher : Will work as a team with FTII students!
Manoj Bajpayee : It is great to work with Sidharth Malhotra!