When duty calls, you have to report immediately. Actor, Ranveer Singh who completed the shoot of his next film, Jayeshbhai Jordaar, was seen at Yash Raj Films studio on Thursday. Why was the actor present there? Even though he has shot the whole film, his duty of dubbing for the film was left. To fulfill the remaining work, Ranveer visited the sets for the same.

A trade source talked about the actor dubbing for the film and said :

“Ranveer is starting to dub for the film and that’s why he was at YRF. His work schedule is back to normal and he is absolutely fine to shoot and work in the pandemic because it is the new normal now. He realizes that the industry has to restart for business to be back as usual and as a superstar, he will be extremely proactive to contribute towards normalizing the industry that has been hit hard by the pandemic.”

Further, the source confirmed that the film indeed will release in theatres. The makers are planning to release it at the appropriate time, once the pandemic ends.

The film is being produced by Ranveer’s debut film, Band Baana Baraat’s director, Maneesh Sharma. He is confident about the film, and its social message. He talked about it, saying :

“Ranveer has given his 200% for the film and it will show when people see the movie. I will stick my neck out to say that Ranveer has delivered his career-best performance with Jayeshbhai Jordaar.”

While Maneesh produces the film, debutant writer-director, Divyang directs it. The film has a funny story, set in Gujarat. For his role in the film, Ranveer lost several kilos, to look the part of the character.

Do you think Ranveer will again provide a wholesome performance? Tell us in the comments. 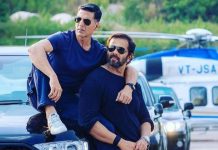 Sooryavanshi might release between Jan and March 2021; Ranveer Singh’s 83 set for Christmas release this year 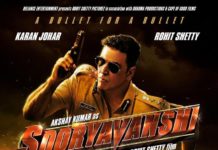 Akshay Kumar’s Sooryavanshi not releasing this year on Diwali