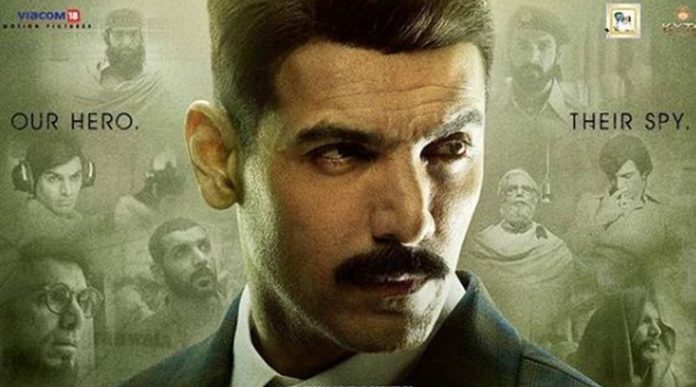 John Abraham’s ‘RAW’ collected ₹7.70 crores on Saturday but Sunday’s collection was not satisfactory, as it earned ₹9 crores with 50% less growth than the second day.

Robbie Grewal’s directorial is based on true incidents and features John Abraham in the lead role of India’s undercover agent. The movie is set in the 1971 Indo-Pak war era and John plays a spy carrying out his mission in Pakistan occupied Kashmir (PoK).

Film critic and trade analyst Taran Adarsh, who gave the movie only one and a half star and called it dull, tweeted about its first-weekend box office numbers.

The film was expected to be a psychological drama with a bit of drama, action, and suspense turned out to be a tedious costume drama with no emotions or tension.

‘RAW’ fails to keep you captive or engage and after a time it even bores. The script might have been interesting but the execution is poor.

While the actors John Abraham, Sikander Kher and Jackie Shroff gave the best they could for flawed writing, the story turned out to be a huge disappointment.