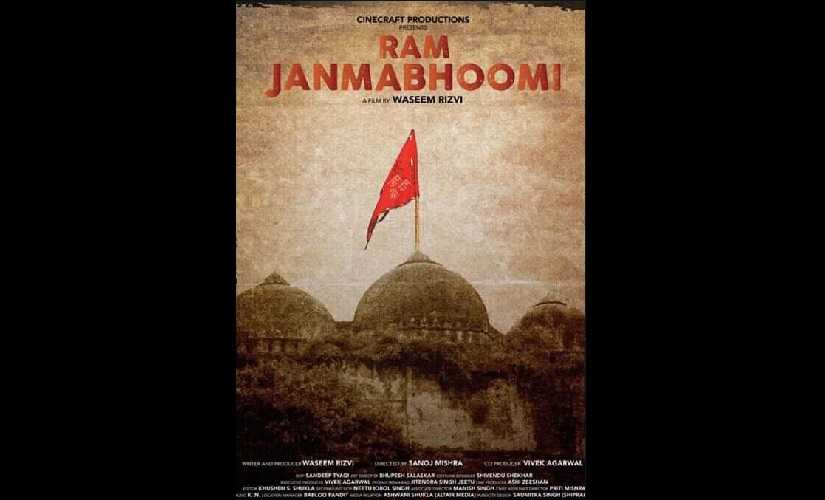 The release date of ‘Ram Janmbhoomi’ has made Mumbai-based NGO Raza Academy write a letter to the Central Board Of Film Certification (CBFC) asking if they have given a censor certificate to the film. The letter quotes M Saeed Noori, general secretary of Raza Academy asking CBFC, “Please provide in writing whether you have provided the certificate to the movie Ram Janmabhoomi.”

The film produced by UP Shia Board chief Waseem Rizvi allegedly hurts the religious sentiments of Sunni Muslims, as claimed by the members of the organization. And now the members are not happy with the film which releases later this week, on March 29. The NGO had earlier raised its concern when the first official trailer of the film dropped in November last year. Raza Academy had written to CBFC even on November 27, 2018, when the trailer was released, asking to remove as they felt “it is defaming Muslim religion and hurting religious feelings”. However, the NGO obviously did not get a written reply. They also filed an FIR with Sir JJ Marg Police Station on December 18, 2018, against the makers of the film.

The film titled ‘Ram Janmabhoomi’ has been directed by Sanoj Mishra and features Manoj Joshi and Govind Namdev in important roles. The movie revolves around the most religious controversial issue of the Ram Mandir in Ayodhya, which is set ablaze before any elections.