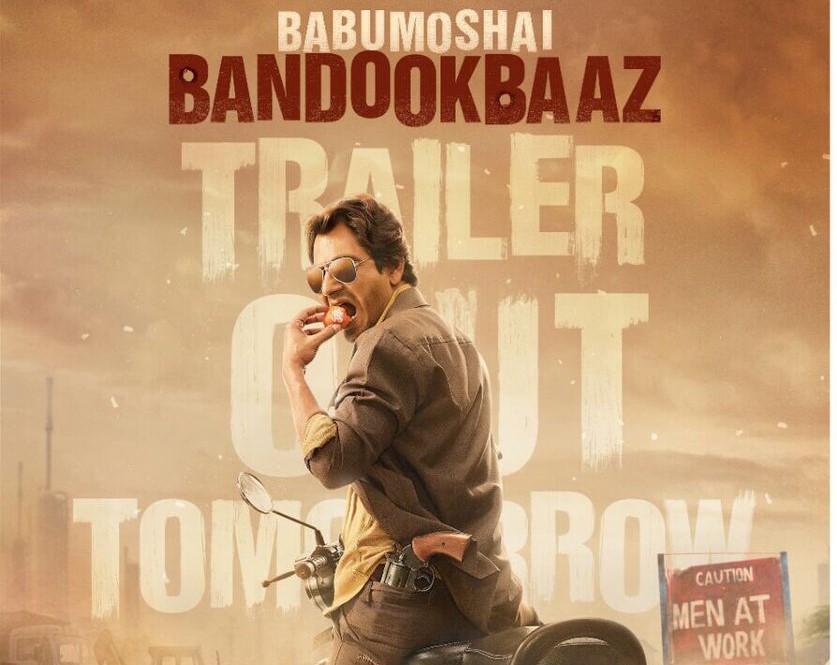 The first and second teasers of ‘Babumoshai Bandookbaaz’ sees Nawazuddin Siddiqui back in action flaunting his desi swag as the sharpshooter Babu. And now, Nawaz has shared the brand new poster from the film on his official Twitter page. In the caption, he also specifies that the trailer of the movie will be released tomorrow. Check it out here:

Nawazuddin seems to play a man who kills people blatantly and refuses to be apologetic about it. The movie is an offbeat film that essays the journey of a contract killer. This one of the most anticipated film featuring Nawaz as the sharpshooter ‘Babu’ will be releasing on 25th August 2017.

Director Kushan Nandy said, “The film is not just an action drama but a crazy roller-coaster ride into the life of Babu. Raw and uninhibited and yet humorous.”The actor said, “’Baabumoshai…’ is a very ‘ajeeb, tedi-medi’ film. I don’t know how many people will like it because we are used to soft, sweet films or patriotic movies, but this film breaks all barriers.”

“It’s very realistic, very desi and it has all the ‘besharm’ from which we try to save ourselves. There are hypocrites all around who say we don’t want to see these things, but when alone, they see it all… Only when they’re out in the society, they become ‘shareef’.This film breaks it all, and I would say, ‘Bahut hi besharam film hai yeh,” Nawaz concluded.

The film is produced by Kiran Shyam Shroff and Ashmith Kunder, directed by Kushan Nandy and written by Ghalib Asad Bhopali.