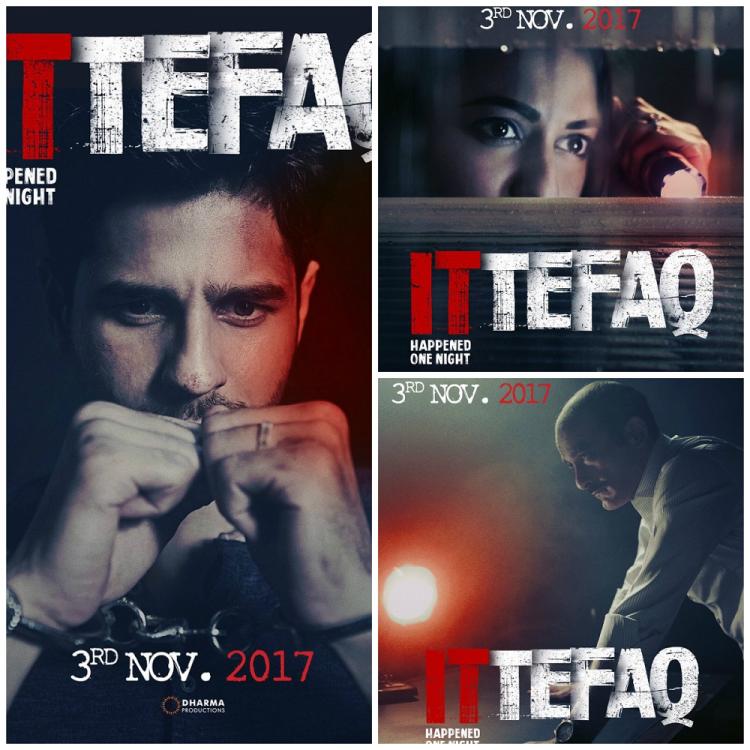 After the look of Sidharth Malhotra, now the looks of Sonakshi Sinha and Akshaye Khanna in the movie Ittefaq are also revealed. The movie is the remake of 1969 murder mystery, Ittefaq, which was directed by B.R. Chopra. Now his grandson Abhay R Chopra, continuing the legacy, will direct the remake of the same film.

Sonakshi shared her look from the film with the caption “Would you believe me if I say it wasn’t an Ittefaq? The story unfolds soon… #IttefaqOnNov3! @iamsrk @karanjohar @S1dharthM #AkshayeKhanna”

Would you believe me if I say it wasn't an Ittefaq? The story unfolds soon… #IttefaqOnNov3! @iamsrk @karanjohar @S1dharthM #AkshayeKhanna pic.twitter.com/dylXfz45y1

And Karan Johar shared the look of Akshaye Khanna who is also starring in the film, with the caption “Only HE can divulge if it’s an #Ittefaq or not! #IttefaqonNov3 #AkshayeKhanna @S1dharthM @sonakshisinha @iamsrk @abhayrchopra”

Earlier, while talking to media, Sid had shared his excitement on doing the remake of the first superstar’s film. He said, “I am extremely excited for ‘Ittefaq’. It is a remake of the super-hit 1969 film ‘Ittefaq.’ The benchmark for me has already been set as superstar Rajesh Khanna was a part of the film back then, and I have to match up to his acting abilities in this remake.”

When asked whether the film will be same like Rajesh Khanna’s ‘Ittefaq’. He clarifies, “It’s not exactly the same. The premise will be different although the gist is the same. It is still about one night but we have modified the script. Otherwise, everyone knows what it’s all about and there would be no fun. All the characters here are motivated differently”.