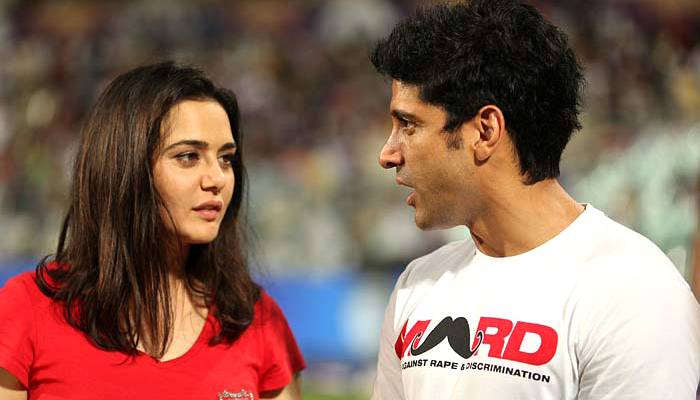 Quelling rumours of her character in Farhan Akhtar's web show being based on the actress, Richa Chadha says duo's friendship goes back several years

Richa Chadha plays a celebrity cricket team owner with a stormy love life in Farhan Akhtar and Ritesh Sidhwani’s first web series, ‘Inside Edge’. The moment this was revealed, speculations began that the role is based on Preity Zinta, who owns Kings XI Punjab of the Indian Premier League (IPL). Reports of Preity requesting the makers to show the first cut of the series to her were denied by the actress. Richa however says she isn’t aware of the development.

“I didn’t know she had asked for a screening. Also, Farhan, Preity and Ritesh’s friendship goes back to the ‘Dil Chahta Hai’ days. I don’t think they will exploit her. I am sure when she watches the show, she will like it.”

Richa adds that her character is bound to be compared with Priety.

“But the only thing that is common between us is that I play an actress, who owns a cricket team. The comparison ends there. We have made an entertaining and an engaging show,” says Richa, who found playing an actress on-screen, challenging. “This has been one of the most difficult characters I have played. Every artiste has some secrets and insecurities which have been highlighted in the show.”