Ever thought of being economical and did DIY hacks? How many of those attempts failed? Or, do you also screw up while doing DIY hacks in real life? Rickshawali’s “DIY HACKS: Expectations VS. Reality” is your go-to place. This video is going to be relatable to so many people out there. Maybe, that’s the reason that it already has 344k views and is #10 on the trending list.

The video is a collection of so many failed attempts that we all must have had while trying these hacks for ourselves. I mean, it seems so simple on the screen, but then how does it turn out to be a mess in real life. Why can’t those hacks be as effective as they look in those videos? And I bet, every girl after the failed attempts, tells herself that how is she unable to do it. Trust me, we all are in the same boat.

The video is too funny because it is true for so many people. This video will be a relief to all those people, especially girls, who think that something is wrong with them, that they are not able to do it.

Let us know if you have ever failed while trying DIY hacks? 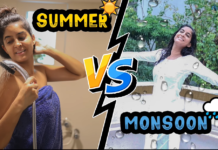 “Summer VS. Monsoon| Indians in Monsoon” by Rickshawali on YouTube is legit 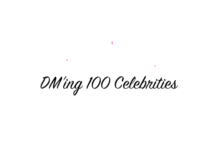