Mumbai: Bollywood director and hit machine Rohit Shetty’s is all set to make his digital debut with an action-packed web series.

The son of legendary stuntman-actor M B Shetty, Rohit Shetty is known for action and mass entertainers like Simmba, Singham series, and action-comedies like Golmaal films, All The Best: Fun Begins and Chennai Express. He is also a television show host of the very popular action-adventure show Khatron Ke Khiladi.

A source close to the film’s team told PTI, “Rohit will be the creator and showrunner of a cop action-thriller series consisting of about eight episodes. It is inspired by true events.”

The untitled web series will go on floors this year after Rohit completes the shooting of his upcoming film Cirkus, which stars the actors like Ranveer Singh, Jacqueline Fernandez, and Pooja Hegde as female leads.

Cirkus is the official adaptation of William Shakespeare’s play The Comedy of Errors which is based around two sets of identical twins who were accidentally separated at birth.

T-Series owner Bhushan Kumar in association with Reliance Entertainment is presenting the film and it is all set to release in the winter season this year.

Rohit Shetty is additionally anticipating the arrival of his much-anticipated cop action drama, Sooryavanshi, featuring Akshay Kumar and Katrina Kaif in lead roles. The film, which was booked for a 2020 release, has been postponed because of the COVID-19 pandemic.

Sooryavanshi is the fourth film in his cop universe. The film will witness Ajay Devgn as Singham and Ranveer Singh as Simmba in special appearances. 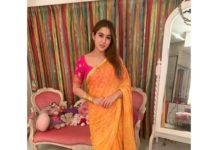 Sara Ali Khan to team up with Vishal Bhardwaj for his next film: Report