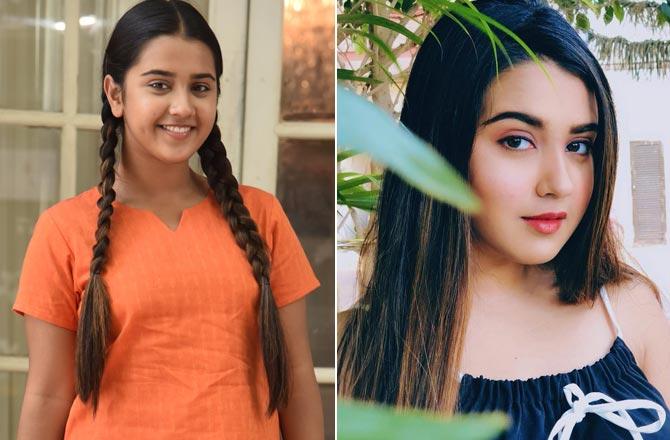 Roshni Walia is one of the most talented and rising young stars in the TV industry. Roshni is known for her roles like Maharani Ajabde in the show ‘Bharat Ka Veer Putra – Maharana Pratap’. She has also played significant roles in the shows like Gumrah: End of Innocence and Yeh Vaada Raha..

Roshni is currently gearing up for her upcoming show ‘Tara From Satara’. She recently took to Instagram to share promo of her show. She captioned it, “#TaraFromSatara ❤️❤️ you all better be prepared because we are coming on air from 19th August at 🕥 10:30 pm
Only on @sonytvofficial ❤️❤️🔚”

#TaraFromSatara ❤️❤️ you all better be prepared because we are coming on air from 19th August at 🕥 10:30 pm Only on @sonytvofficial ❤️❤️🔚

Roshni had shared another promo video of the show.

Tara From Satara is produced by Ranjeet Thakur and Hemant Ruprell and it stars, Roshni Walia, Urvashi Pardeshi and Agustya Chandra in lead roles.

The show will revolve around the two sisters Tara and her elder sister Radhika. The two sisters love to dance and journey of Tara to fulfilling her father’s dream.

Recently, Roshni and team had appeared on the launch event of the show Tara from Satara. Roshni Walia, Sonali Ranade, Sunny, Ashish Gokhale, Urvashi Pardeshi, Amita KhopEkar, Eva and Upendra Limaye were present at the launch.

Roshni talked about her character, “”Tara is a happy-go-lucky and fun-loving girl. She speaks her heart and lives her life to the fullest. She does not like to study and is passionate about dance. She is trying to find a purpose in life, even though her father feels she isn’t good for anything. In her journey, Tara receives love and support from her best friend and her entire family, except her father,”.

Roshni further said she had practiced a lot of dance for this part. She said that she is happy that the story of the show revolves around dance. Roshni says that dance is something that is relaxing for her and it is something that makes her happy.