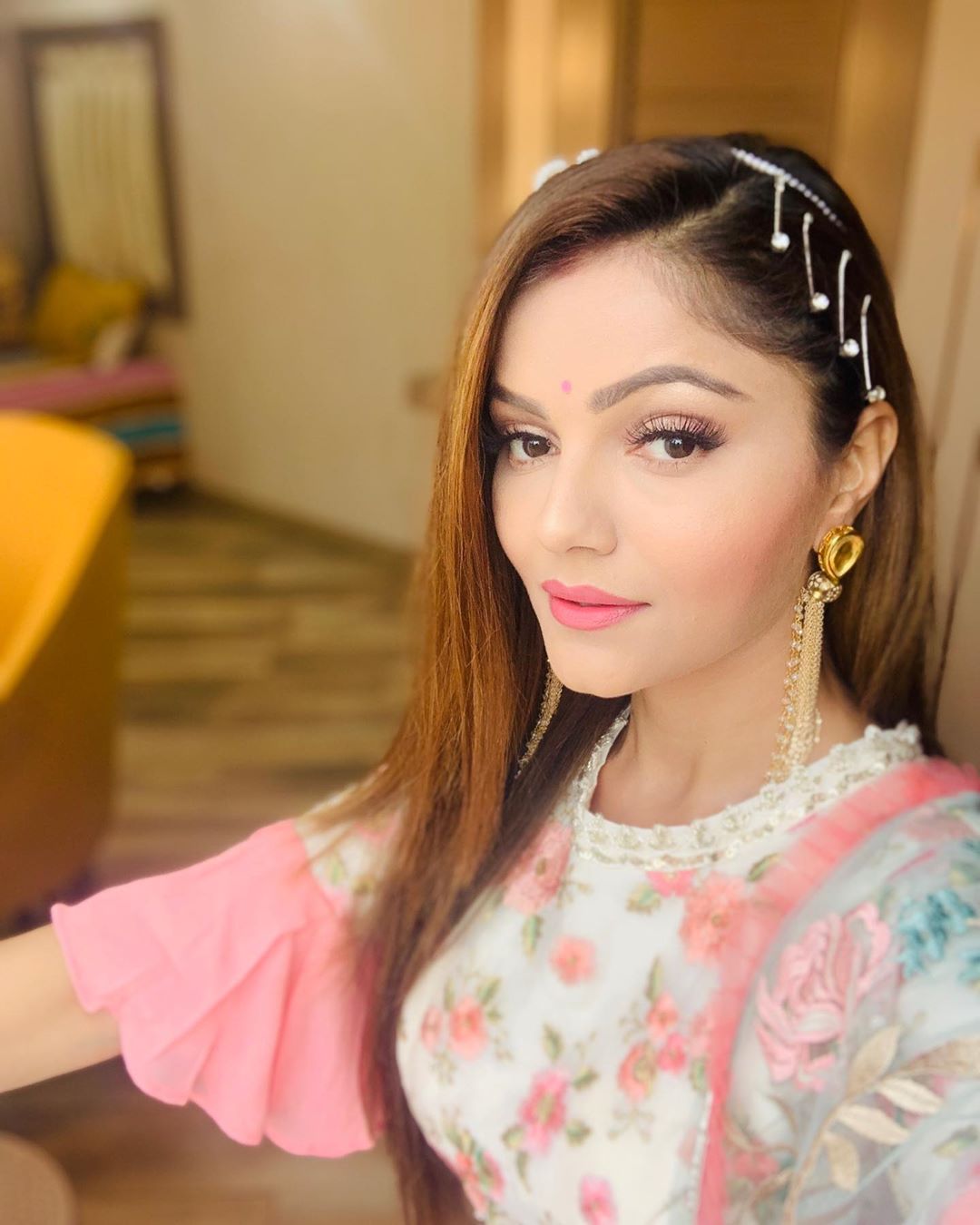 Television actress Rubina Dilaik has been winning hearts of her fans with her incredible performances on the small screen.

She recently shared some of her pictures on her Instagram profile, taken right after the shooting was wrapped up.

Dressed in a glamorous black and white outfit, the ‘Shakti’ actress looks hot as hell as she poses elegantly. On the acting front, Rubina is currently playing the role of Soumya Singh in the serial ‘Shakti – Astitva Ke Ehsaas Ki’ on Colors TV.

The role has been well received and has earned the Best Actress Drama (Jury) Award from the Indian Television Academy Awards as well as the Golden Petal Best Personality (Female).

She had made her guest appearance as the character in the musical romance drama ‘Tu Aashiqui’.

Rubina had made her acting debut in 2008 with the serial ‘Chhoti Bahu’ and later played Simran Gill in ‘Saas Bina Sasural.’

She then acted as Divya Jakhotia in ‘Punar Vivah – Ek Nayi Umeed’ and portrayed goddess Sita in ‘Devon Ke Dev…Mahadev.’

Rubina had also won hearts by playing the role Jeanie in ‘Jeanie Aur Juju’, which was adapted from the American sitcom ‘I Dream of Jeanie.’