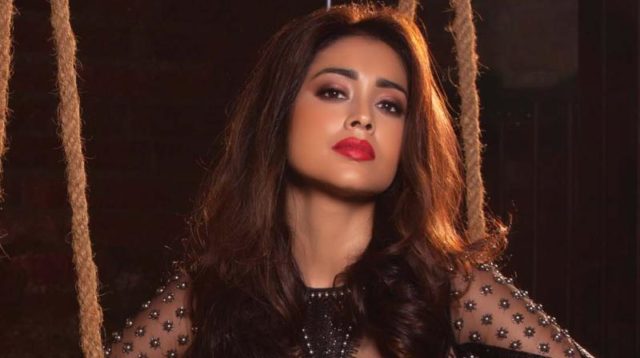 Shriya Saran, who gave special appearance in the song Chitram Bhale Vichitram in Telugu film N.T.R. Kathanayakudu earlier this year, is all set to do yet another special song. The Drishyam actor will be seen doing a special song in Akshaye Khanna starrer Sab Kushal Mangal, according to a report in Mumbai Mirror.

The song titled as Naya Naya Love will feature Saran along with Khanna and the newcomer Priyaank Sharma. Saran and Khanna have previously worked in 2011 film Gali Gali Chor Hai which was produced by Prachi Manmohan’s father Nitin Manmohan. Saran instantly agreed to do the song as she shares a close friendship with Prachi who is making her debut as a producer with Sab Kushal Mangal.

Talking about the song, Saran said, “It is a peppy dance song and an important part of the narrative. It was great working with Akshaye after a long time.”

Saran, who has done films in Hindi, Tamil, Telugu, English, Kannada and Malayalam languages, married her Russian boyfriend Andrei Koscheev last year on 12 March. The couple recently moved to Barcelona for business but the actor says her base will always be Mumbai since her parents live here. “I will always come down here or fly down South for work. I don’t want to lose my base in India,” she told the news daily.