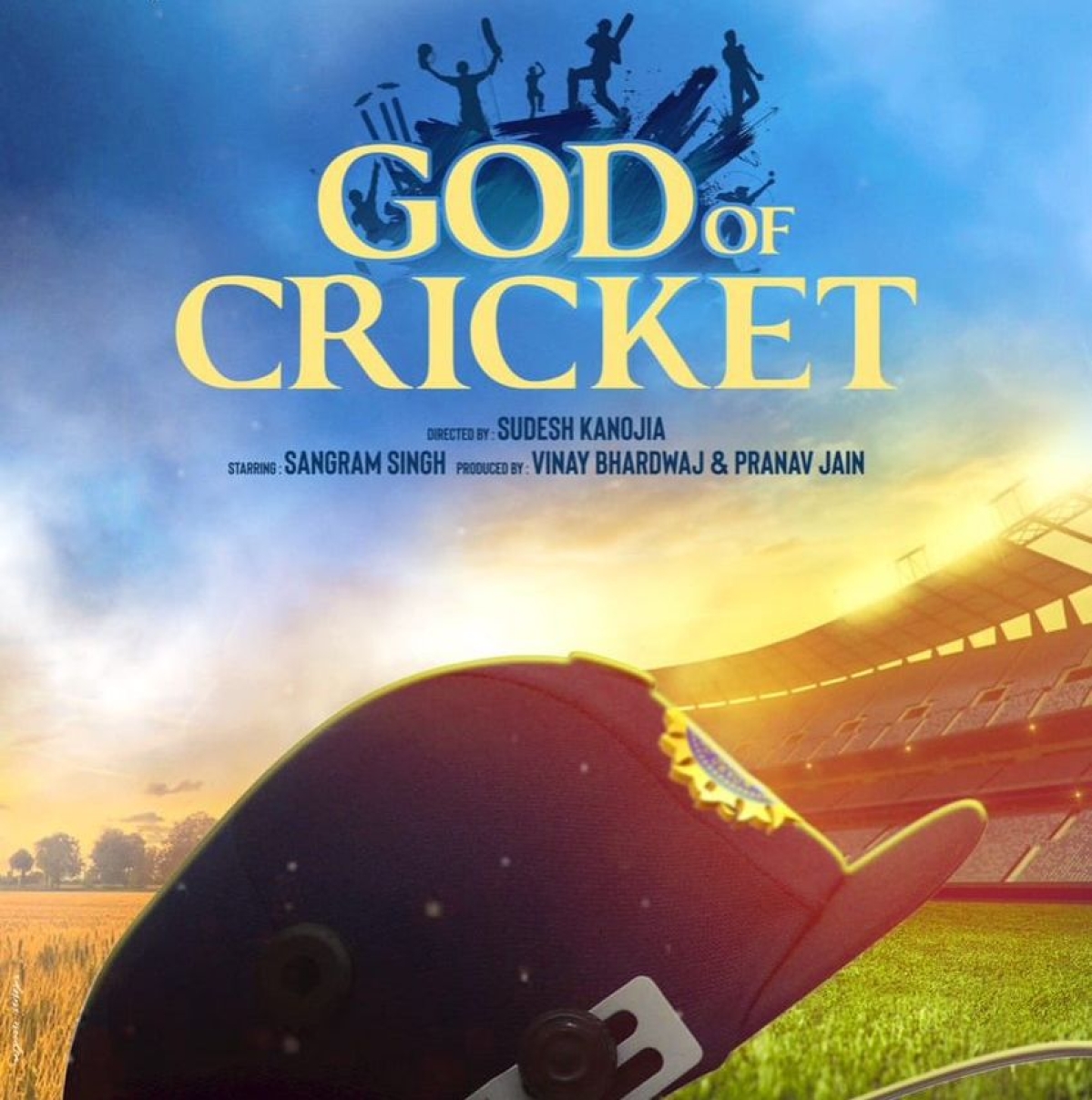 Cricket legend Sachin Tendulkar is getting another biopic titled ‘God Of Cricket‘ and its first poster was released on Sachin’s birthday just a day ago. Interestingly, the man will himself make a cameo appearance in his biopic.

The film was announced by the makers with the launch of the first poster on Sachin’s 46th birthday.

However, it is still not releaved that how will play the legend on the big screen but Bollywood actor Anil Kapoor is interested to represent the legend’s life. In an interview with IANS, the actor had earlier said, “Sachin Tendulkar… Because I am a huge fan of his.”

A docudrama-biographical film based on the life of the ace cricketer with the title ‘Sachin: A Million Dreams’ was released two years ago, which was directed by James Erskine.

Director James, who had also co-written the movie, revealed to Indian Express, “We started off just speaking to a lot of people, just speaking to the Tendulkars, sometimes by himself and at other times with the entire family. I tried to speak with eight people that he interacted with at every stage of his life, from his friends at the age of three, right through to Virat (Kohli) with whom he played in the recent past, just to try to understand as much about him as I possibly could.”