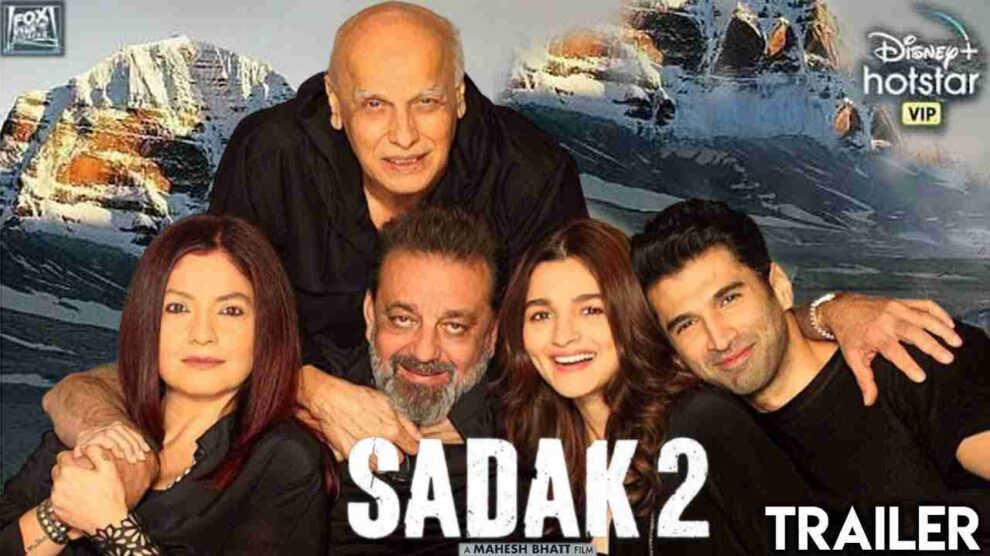 The Bollywood actress Alia Batt has shared the first look of her upcoming film Sadak 2 with Sanjay Dutt and Adithya Kapoor. The first look poster has received a great response from the fans and had huge likes within a short time.

Mahesh Batt has given a film hat promises to be a cocktail of romance, violence, and drama. The drama in question is Sadak 2, which marks Alia Bhatt’s maiden collaboration with Vishesh Films. Also starring Pooja Bhatt, Gulshan Grover, and Makarand Deshpande, the film is releasing on Disney Plus Hotstar on August 28.

She added a poster of Sanjay Dutt. He was seemed so fearless and bold in the poster with a dusky face and a furious background.

Next, she added the first look poster of her. She seemed so quiet and loved.

Last but not least she added the first look poster of Adithya Roy Kapoor. He seemed to be a charming loverboy who will be joined in the roads of Sadak.

Explained: Why Indian Cinema lacks behind in the Sci-Fi genre?
Nawazuddin Siddiquie to star with Neha Sharma in his next film
Comment