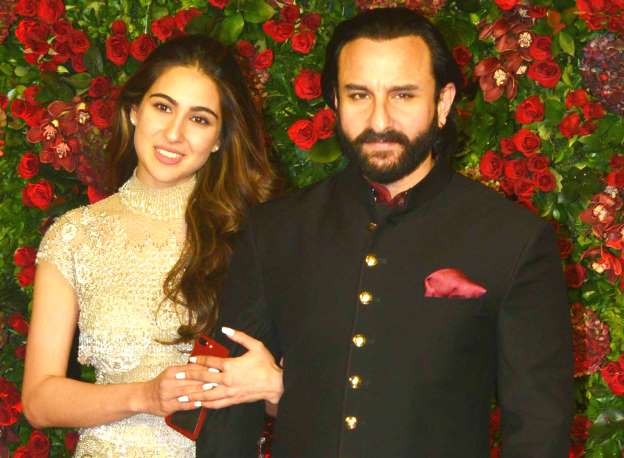 This book, his autobiography, will be releasing next year in October 2021. Saif has signed a deal with Harper Collins India, who’ll publish his book. It’ll touch different aspects of Saif’s life, such as his journey in the film industry, successes, family, failures, influences, and inspirations.

Khan talked about writing his book, which he says is necessary as many things will be lost if not recorded. Talking about it, he said :

“It would be nice to look back; to remember and to record. It has been funny and moving, and I must say, this is quite a selfish endeavor. I do hope others enjoy the book, too, of course!”

Saif’s autobiography will be containing his quintessential wit and humor. The commission editor of Harper Collins India, Bushra Ahmed described the book as “cheeky, reflective and fun”. Further, she said :

“In today’s age, Khan is one of those rare stars, reticent, well-read and erudite; perhaps the last of his tribe. I have always loved watching his movies and his interviews are such a treasure trove of reflection on life and living. I am absolutely thrilled that his debut book has come to HarperCollins,”

While the Company’s Publisher, Diya Kar deemed it a pleasure to publish Saif’s autobiography. She said,

“Saif Ali Khan is one of India’s most versatile actors. Who can forget LangdaTyagi? Not one to crave the limelight, there’s much more to Khan than meets the eye. This book will be a treat to publish and we couldn’t be happier that he’s chosen, Harper Collins.”

Popular trade analyst, Taran Adarsh was the one who had broken this news on Twitter. He shared the following tweet :

Meanwhile, Saif is also expecting a second child with wife, Kareena Kapoor Khan. Earlier, the couple had issued a joint statement announcing this news. They already have a child, Taimur Ali Khan who was born in 2016.

As an actor, Khan will be next seen in Amazon Prime’s Dilli. Apart from it, he has Pavan Kirpalani’a Bhoot Police and the sequel of Bunty and Bubbly in his kitty.

Well, will you read Saif’s autobiography? Tell us in the comments below. We are excited to grab our hands on Bollywood’s Nawab’s book soon.

Till then keep reading The Indian Wire for more such news.