The Indian Wire » Entertainment » Salman Khan starring Dabangg 3 Trailer to be Lanuched on 23rd October in an Unique Way! Dabang 3 is the much-awaited film of the year and Salman Khan’s fans cannot keep calm unless and until the movie hits the screen. Before the movie releases, the makers of the film have a piece of amazing news for the fans. The makers have decided to release the movie’s trailer theoretically in Mumbai. After working meticulously on the formalities, the producers are finally ready with grand plans for the launch.

A source that is close to the project says, “The much-awaited trailer of Dabangg 3 will be unveiled on Wednesday, 23rd October in Mumbai. Lead actor Salman Khan will arrive in Chulbul Pandey avatar and will entertain the audiences with his antics.” But the interesting part is, Salman Khan also has a surprise for his fans not only in Mumbai but his fans across the country. The source also reportedly said, “Besides Mumbai, the trailer will be simultaneously launched in nine other cities – Chennai, Bengaluru, Hyderabad, Delhi, Jaipur, Kolkata, Ahmedabad, Indore, and Lucknow. Fans of Salman will be present at the event at these cities and they would get a chance to talk to Salman Khan through video conferencing. Salman is really kicked about this film and hence he’s going the extra length this time.”

The source concluded by saying, “Sonakshi Sinha, Kichcha Sudeep, and Saiee Manjrekar along with producer Arbaaz Khan and director Prabhudheva too will grace the event. The trailer will be attached with the print of Housefull 4, which releases on October 25.” 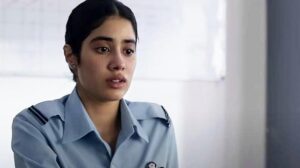 Ranveer Singh worked really hard for the film ’83’: Director Kabir Singh
Srishty Rode looks like the epitome of cuteness in THESE pictures
Comment