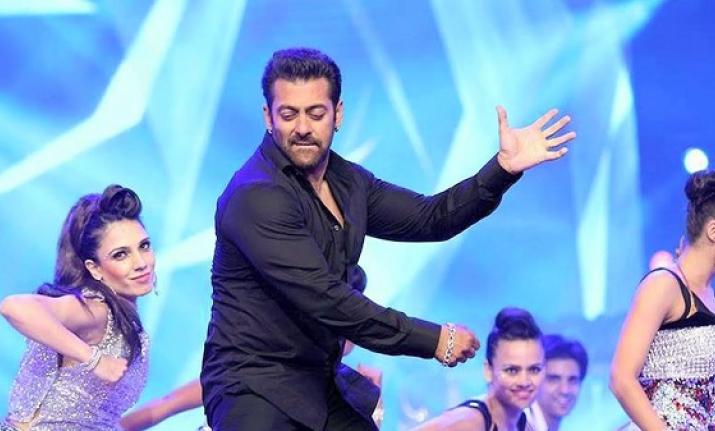 Recently, Bhai was in the top headlines for his Dabangg 3 trailer release that would be happening on a great scale. The trailer of Dabangg 3 starring Salman Khan with Sonakshi Sinha will release on 23rd October on the theatres. Just a while ago, Salman Khan took the social media on fire by launching some more posters from his upcoming film Dabangg 3, which introduces Sonakshi Sinha as Salman’ on-screen wife.

Just after this amazing news of the release date of the trailer of Dabangg 3 now Salman has shared one more news with his fans. As we all know that Salman Khan was all ready to commence his Da-Bangg Tour reloaded with Katrina Kaif, Sonakshi Sinha, Daisy Shah,  Jacqueline Fernandez, Maniesh Paul, Prabhudheva, Guru Randhawa, and Ayush Sharma in Dubai.

But unfortunately, sometimes things don’t happen the way we plan. And it was reported that just a few hours before the event was about to start the organizers were informed about the prediction of a thunderstorm in that area.

Since the concert was to be held in an open-air venue, they promptly decided to cancel the show. It would have been unsafe for the audience, artists and technical team to continue with the show in the bad weather. It is now being rescheduled to take place after Ramadan.

The source also added some more information and informed us that the show will now happen in the desert emirate on November 8. Salman Khan himself also had announced this on his social media account. According to the source, “His (Salman’s) fans in Africa and Fiji have been requesting that his shows be conducted there and Salman is keen to oblige them. The success of his previous gigs in the US, Canada, and New Zealand imply more performances will be conducted. Apart from Salman, frequent collaborators Sonakshi Sinha, Jacqueline Fernandez, Katrina Kaif, Prabhudheva, Maniesh Paul, Daisy Shah, and Guru Randhawa are expected to join him this year as well. There may be some new faces too.”

On the work front, Salman Khan is working on his next Dabangg 3’s promotions and reportedly is considering one or two more scripts as well.

Bhumi Pednekar shakes the internet with her latest pictures
Hrithik Roshan all set to make 98 crores profit on ‘War’ success, Here is how
Comment