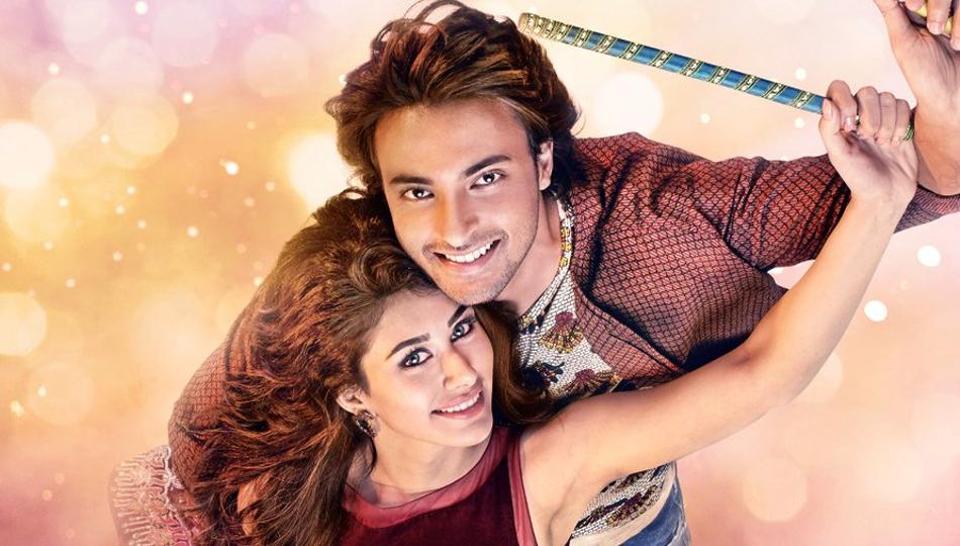 Salman Khan is known for making careers of newbies in Bollywood. Now it’s turn for his brother-in-law Aayush Sharma to take over tinsel town with his upcoming movie Loveratri. Salman treated his fans with a Valentine’s day gift in the form of the poster of Loveratri.

The poster features the lovely couple of Aayush Sharma and Warina Hussain posing with a pair of Dandiya sticks in their hand. Salman shared the picture of the poster with the caption, “Yeh Valentines Day par wishing everyone #Loveratri . @aaysharma @Warina_Hussain @SKFilmsOfficial”.

Priyanka Chopra, too, took to twitter to exclaim how much she liked the poster. She also shared the poster with her fans saying, “Love the poster of  #Loveratri @aaysharma all the very best. Love always @BeingSalmanKhan @khanarpita”.

The movie is situated in Gujarati background where Warina is playing the role of a ballet dancer. Warina is known for her Cadbury Dairy Milk Silk ad campaign and is also trained in acting from New York Film Academy. She has also been attending Garba classes for the movie. A few days ago she took to twitter to share the “new beginnings” in her life with her fans.

Seeing Salman’s intense involvement with the movie, we might as well see the actor in a cameo. Although nothing has been confirmed yet, the chances are strong nonetheless. “As of now, no cameo by Salman Khan has been planned but the team is thinking of adding something later. The shoot of Loveratri begins in Baroda by the end of this month. After Baroda, the cast and crew of the film will move to London and then Mumbai,” a source shared.

The movie will hit the theatres on September 21, this year.