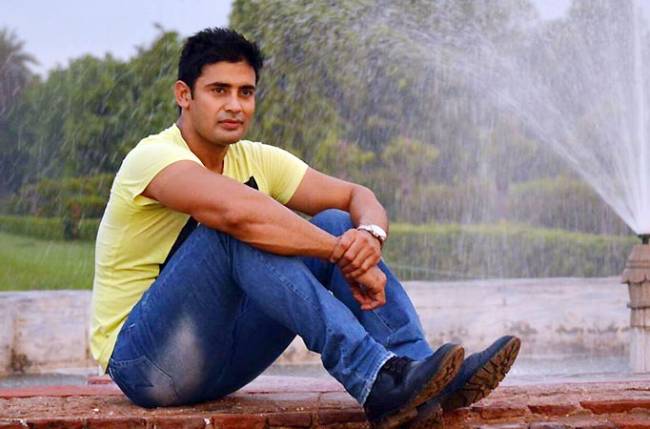 Indian wrestler, actor, motivational speaker, and philanthropist Sangram Singh will star in the biopic of Sachin Tendulkar titled ‘God Of Cricket’. On the occasion of the cricket legend’s birthday, the makers unveiled the first look of the film.

Sangram confirmed the news to Indian Express and said, “It is a very beautiful film. There are many in our country who consider Sachin Tendulkar not just a cricketer but God. The film will celebrate the love people have for him. More than anything, the film’s hero is its script. I am sure the audience will enjoy it.”

About his role, Sangram revealed, “I play a hockey player in the film. He doesn’t like cricket, but an incident changes that. And how in the end, he decides to put sportsmanship above everything else. Though we haven’t decided on the release, the film will go on floors in May.”

He also shared the first poster of the film on Twitter along with a birthday message for Sachin.

Wish U a very happy birthday @sachin_rt sir. A Small tribute to you from all your fan on your birthday. #GodOfCricketFilm. Hope you ll like it. #HappyBirthdaySachin #GodOfCricket 🙏🎂🌟 pic.twitter.com/Xus2urw6pK

Once a sportsmen always a sportsmen.. Presenting our live for cricket and reliving fan moment.. God of cricket the film. First look out on World Cup final day. Happy B-Day @sachin_rt pic.twitter.com/mFDX2amy6R

With the poster Filmmaker, Madhur Bhandarkar tweeted, “Happy Birthday master blaster @sachin_rt Wishing the team of #GodOfCricketTheFilm all the best for their upcoming project. Congrats @pranavjain27 & his team. ?”

Mahesh Bhatt also took to Twitter to share the poster and wish the cricketer on his birthday, “Best wishes to Sachin on his B-Day. Here is a gift for him: God of cricket by vnai4u. Wishing Best to my team.”