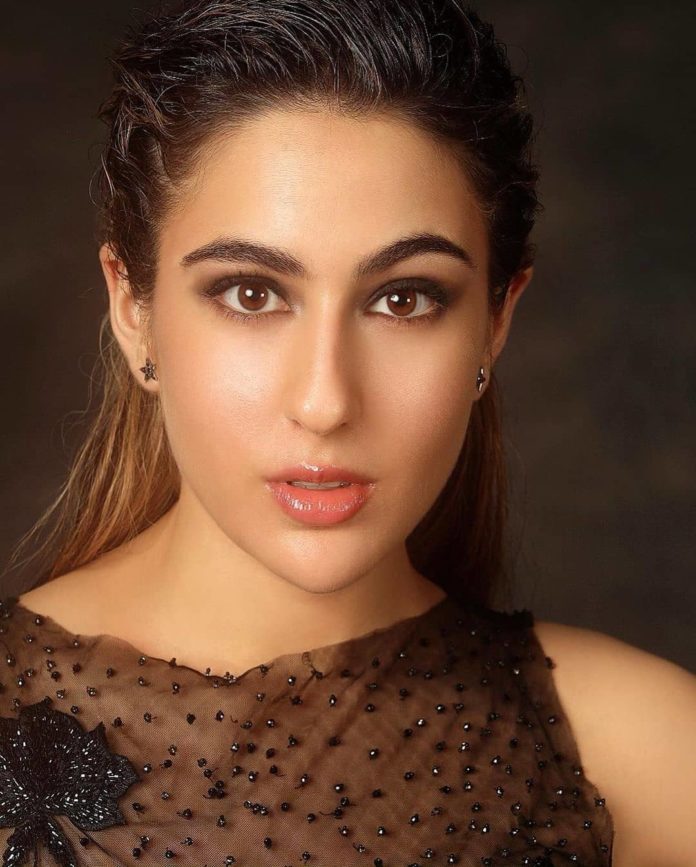 Actress Sara Ali Khan has made a name for herself in the Hindi film industry in a short period of time with her acting skills, good looks and fashion sense.

She recently shared some of her pictures on her Instagram profile, taken for the photoshoot of Grazia magazine.

Dressed in a glittery silver outfit, the ‘Simmba’ actress looks like a sight to behold as she poses like a diva.

Sara had also shared her cover photo in an animal printed black and white outfit for the magazine.

On the work front, Sara is currently busy filming for the comedy flick ‘Coolie No. 1’ directed by David Dhawan, which is a remake of his own 1995 film.

Co-starring Varun Dhawan, the film is scheduled to hit the silver screens on 1 May next year.

Sara will be also seen paired along side Kartik Aaryan in Imtiaz Ali’s untitled romantic film, which is touted as the sequel to ‘Love Aaj Kal.’

She had made her acting debut last year with the romantic disaster film ‘Kedarnath’, directed by Abhishek Kapoor.

Her role was well received and earned her the Filmfare Award for Best Female Debut and the IIFA Award for Star Debut of the Year – Female.