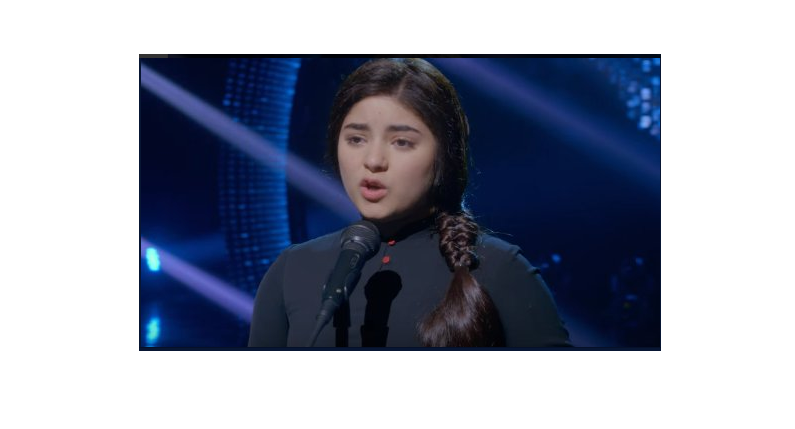 Aamir Khan‘s upcoming movie titled “Secret Superstar“ is written and directed by Advait Chandan and produced by Aamir Khan and Kiran Rao. The movie is set to be a musical drama, which features Zaira Wasim, Meher Vij and Aamir Khan in lead roles.

Today, Aamir Khan released the first song ‘Main Kaun Hoon’ for his upcoming movie titled “Secret Superstar” on his Twitter account along with the caption saying, “Hey guys, presenting the first song of Secret Superstar … and along with that one of the secret superstars of secret superstar… Meghna. Thank you Amit, Thank you Kousar. Hope you like it. Love… a…”

The song titled ‘Main Kaun Hoon’ has been composed by Amit Trivedi and Kausar has penned down the touching number. The movie “Secret Superstar” will revolve around a young girl (Zaira) and she has a dream opposing to her father. Zaira is a girl with a passion, she wants her voice to be heard all across the globe. She realises her dream by wearing a hijab and taking to YouTube to secretly upload her songs. Aamir will play her mentor. His role will be a lot like what he did in Taare Zameen Par. Only, unlike that character, he will do it all as a rock star.

Before starting her first YouTube video and before starting the song Zaira says that she can not reveal her name. The song was sung by the 16-year old Meghna Mishra.

About the movie ‘Secret Superstar’, Aamir says, “‘Secret Superstar’ as the title of the film refers to Zaira and of course, Zaira is a huge star but it’s no longer a secret. She was a secret superstar until ‘Dangal’ had released. But I must tell you that ‘Secret Superstar’ has got many secret superstars in it. Slowly one by one we will be revealing each one of the superstars as we go along this journey and Advait is certainly one of them. When you see the film you’ll realise what a beautiful story he has written and how well he had made the film.”

‘Secret Superstar’ is all set to release in October 2017.