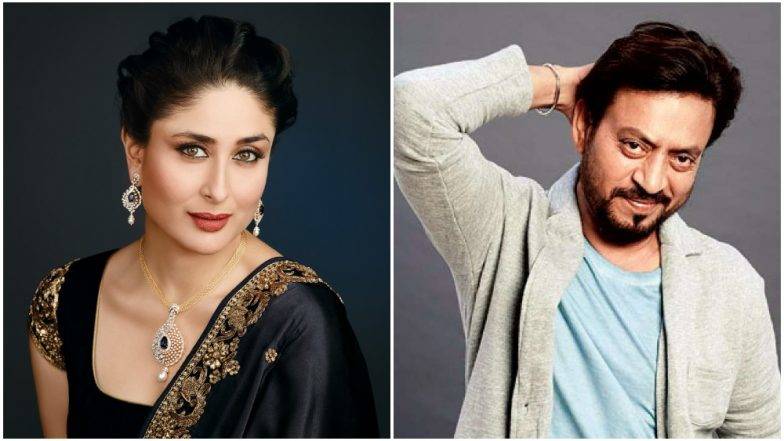 After a huge success of ‘Hindi Medium‘ starring Irrfan Khan and Saba Qamar, the makers of the film are currently working on its second installment. As per reports the Bollywood diva Kareena Kapoor Khan has been roped in to play the female lead opposite Irrfan.

Some sources also suggest that Kareena will play the role of a cop in the film and the actress is quite excited about her role as she has never played a cop in her 19 years long career.

The sequel of the film ‘Hindi Medium’ has been named ‘English Medium’ and the story of the film will revolve around Irrfan’s daughter who goes to the US to study.

‘Hindi Medium 2’ will be helmed by Homi Adajania and bankrolled by Dinesh Vijan. The makers have asked Kareena to join the cast of the film. If the actress agreed, this will be her first-time collaboration with Irrfan Khan. ‘Hindi Medium’ was based on the struggle of a couple on pre-school admission of their kid, where Irrfan Khan played the role of the father, Raj opposite Pakistani Actress Saba Qumar. With the movie, the two were able to make a lasting impact on the audiences.

The film went on to be the best film of the 2017 and Irrfan Khan also begged the Best Actor Award for the same by Filmfare. Last year, the ‘Hindi Medium’ star was diagnosed with a neuroendocrine tumor and went to London for its treatment.

The shooting of the sequel will start once the actor will recover from his disease fully and Kareena will free her dates after completing Karan Johar’s ‘Good News‘ opposite Akshay Kumar.