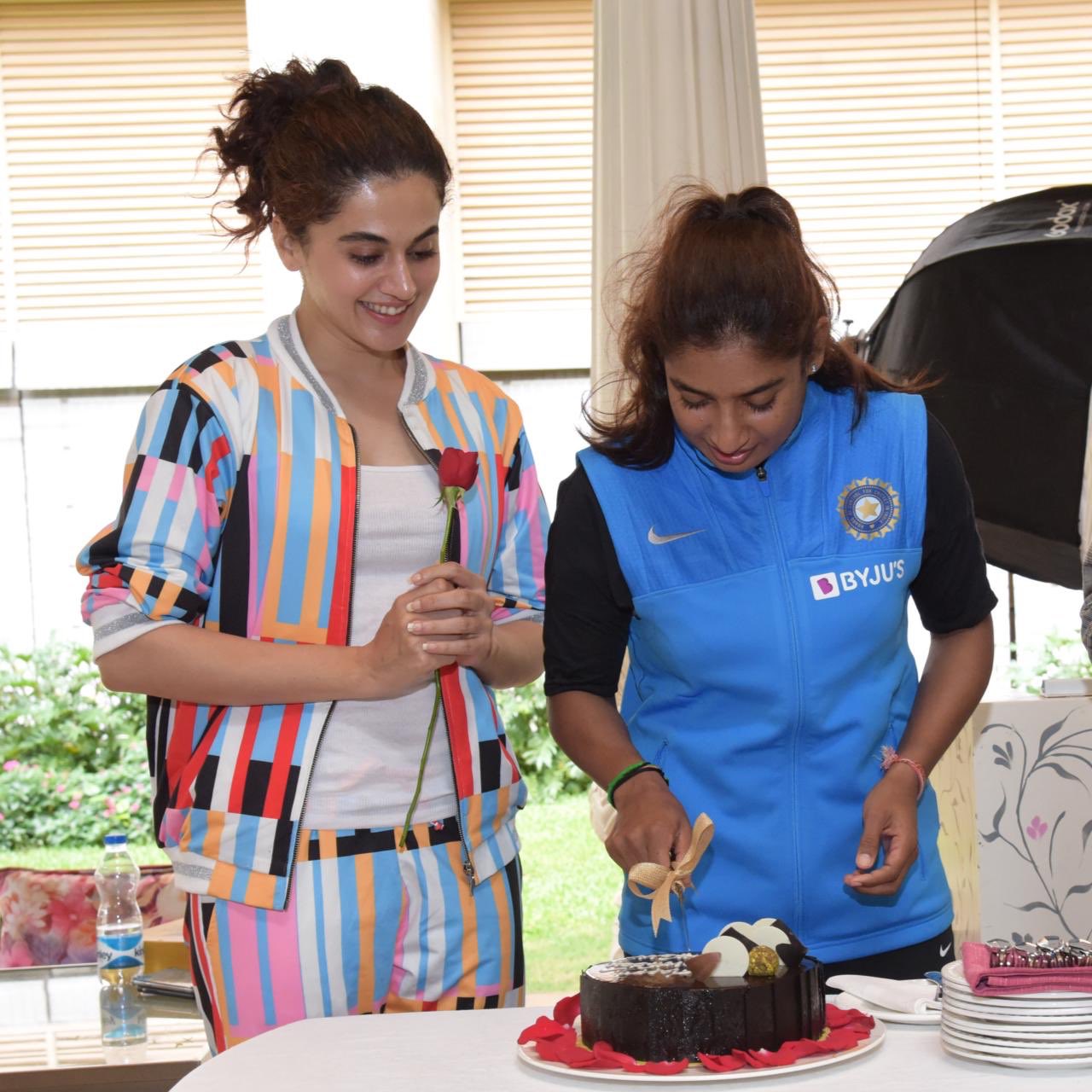 While speculations were rife for quite some time, actor Taapsee Pannu has today confirmed that she would be doing the biopic of Indian Women’s Cricket team’s ex-captain Mithali Raj. Titled Shabaash Mithu, the film will see Pannu stepping into the shoes of Raj who is the highest run-scorer in women’s international cricket and the only woman cricketer to surpass the 6,000 run mark in ODIs.

The Saand Ki Aankh actor made the announcement on the occasion of Raj’s birthday and shared a couple of photos of herself with the former captain on her social media accounts. She also penned down a heartfelt note for Raj saying, “I don’t know what gift I can give you but this promise that I shall give it all I have to make sure you will be proud of what you see of yourself on screen.”

Happy Birthday Captain @M_Raj03 On this Birthday, I don’t know what gift I can give you but this promise that I shall give it all I have to make sure you will be proud of what you see of yourself on screen with #ShabaashMithu
P.S- I’m all prepared to learn THE ‘cover drive’ pic.twitter.com/a8Ha6BMoFs

Chief Operating Officer of Viacom18 Studios Ajit Andhare shared that the story idea struck him about a year ago while watching Hollywood film Hidden Figures. “Mithali Raj is a name that stands for women power in the world of Indian cricket. Viacom18 Studios is proud to bring this untold story of the rise of Indian women cricket to life on screen,” he told entertainment portal Bollywood Hungama.

Talking about the lead actor of the film, Andhare said, “Taapsee Pannu is not just a powerhouse of talent but also the face of the new age woman in Bollywood.”

Pannu said, “it’s truly an honour to play the role of India’s most successful captain where Women’s Cricket is concerned. Even though I have already started feeling the pressure of stepping in her shoes, I don’t think I want to trade this place with anyone else right now.”

Talking about Raj, she said, “Mithali has always been brave and strong to back truth and her idols, and that is the connection I feel with her. The way she changed the way women’s cricket is perceived and seen in India is truly a story worth telling.”