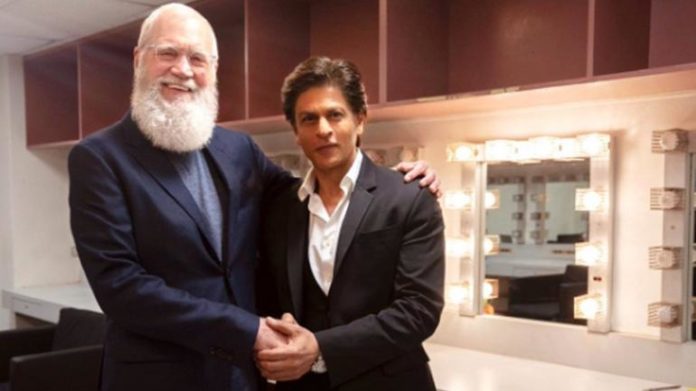 The teaser of the much awaited episode of the American television talk show ‘My Next Guest Needs No Introduction with David Letterman’ is out.

Why it is one of the most awaited for us? Because it stars Bollywood superstar Shah Rukh Khan.

The one minute thirteen second teaser shares glimpses of the entire episode including the interview and Shah Rukh’s and Letterman’s opinion about each other.

It also took us inside Shah Rukh’s bungalow, Mannat, where Letterman spent some time and had fun cooking food and riding bikes.

During Eid this year, Letterman was on Mannat’s roof where Shah Rukh’s fan gather around in large numbers to wish him.

Letterman, who was in awe with Shah Rukh’s popularity around the globe, called him “The most popular movie film star in the world.”

He also said that the episode with Shah Rukh had “perhaps the biggest ovation we’ve had in the series”.

The king Khan also expressed his love and respect for Letterman and said, “For me, it was really wonderful to have met a person of his caliber, of his stature, and of course, of his talent.”

It had premiered on 12 January, 2018 and has different approach that his previous shows. The show consists of interviewing a guest inside as well as outside the studio.

Celebrities like Barack Obama, George Clooney, Malala Yousafzai and Melia Gates have appeared on the show.

The episode will premiere on 25 October, 2019 on the online streaming platform Netflix.