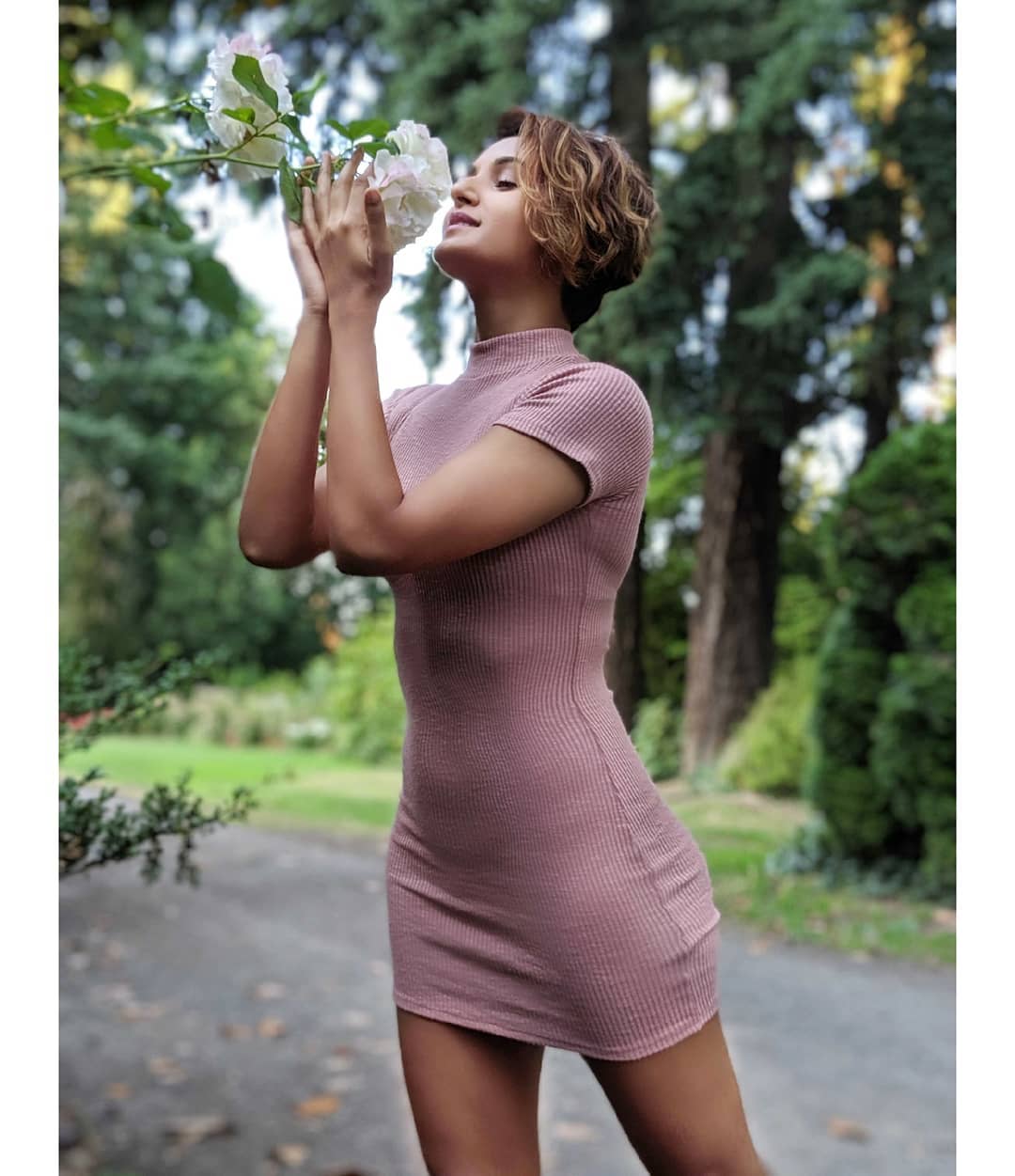 Shakti Mohan is one of the most famous dancers in country who rose to fame when she won dance reality show Dance India Dance Season 2. Shakti Mohan was recently seen in the film Street Dancer as an actor.

Other than her busy dancing schedule, Shakti Mohan is very active on social media as well. On Instagram, she has over 6.4 million followers. Shakti also makes sure that she shares photos and videos of herself regularly with her fans.

In her recent posts, Shakti Mohan has shared a series of pictures of herself in which she looks gorgeous.

In the first picture, she can be seen smelling the scent of a flower. She captioned the image, “Flowers are the music of the ground…🌺
From Earth’s lips spoken without a sound…”

Other recent photos shared by Shakti:

On the work front, Shakti Mohan has appeared consistently on Dance Plus seasons 1 to 4. She was recently seen on Nach Baliye 9 along with Punit Pathak.

Talking about movies, Shakti had Choreographed ‘Nainowale’ song in the movie padmaavat. She was recently seen in the dance-drama film Street Dancer as an actor.