Actor Vidya Balan has announced the release date of her upcoming film Shakuntala Devi. The film that will see Balan stepping into the shoes of mathematics genius Shakuntala Devi, known for her ability to make incredibly swift calculations, will release on 8 May 2020.

Balan took to her Twitter handle to share a video where she makes the announcement. Being the creative person that she is, Balan did not reveal the release date straightaway. Instead, she brought a bit of Maths to make her fans do some calculations. She says, “The release date of Shakuntala Devi has been decided and it will release in exactly 148 days from now.” She teases the viewers if they find it difficult to do the calculation and gives one more riddle to solve. The Tumhari Sullu actor finally reveals the date with the help of emojis. Watch the funny video below.

Shakuntala Devi also stars Jisshu Sengupta as Balan’s husband, Sanya Malhotra as her daughter, and Amit Sadh as her son in law.

Produced by Sony Pictures Networks India and Vikram Malhotra under his banner Abundantia Entertainment., the biographical drama film is written and directed by Anu Menon who has previously directed London, Paris, New York (2012) and Waiting (2016) 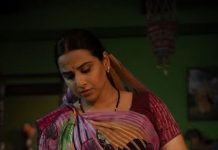 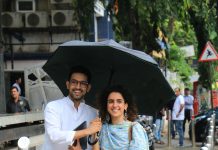