Robert Downey Jr and Jude Law starrer ‘Sherlock Holmes 3’ has been delayed by a year. According to The Hollywood Reporter, the third film in Warner Bros’ Sherlock Holmes franchise will now release during year-end holidays in 2021. The film was earlier scheduled for release on 2020 Christmas.

Last year in August, Jude revealed some details about the film while speaking to Entertainment Weekly. He said, “We hope to propel the story forward. As always, the essence of the story is their codependency. We’re going to examine — since it’s been several years since we’ve seen them — we’re going to play up the fact that they haven’t seen each other for a long time either.”

Sherlock Holmes is a fictional character created by Sir Arthur Conan Doyle and it is the most adapted literary character ever and has seen numerous adaptations over the decades. 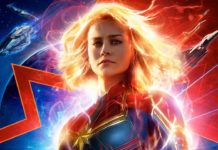