Actress Shraddha Arya has been working laboriously in her performance in the celebrity dance reality show ‘Nach Baliye 9.’

In the show, she is participating with her partner Alam Makkar and the duo has been giving various performances that has earned the praise of the judges.

Shraddha recently shared some of her pictures on her Instagram profile, from her latest dance act on the show.

In the pictures, the duo is seen shaking their legs in retro clothes on the famous song “Pardesiya” from the 1979 film ‘Mr. Natwarlal.’ 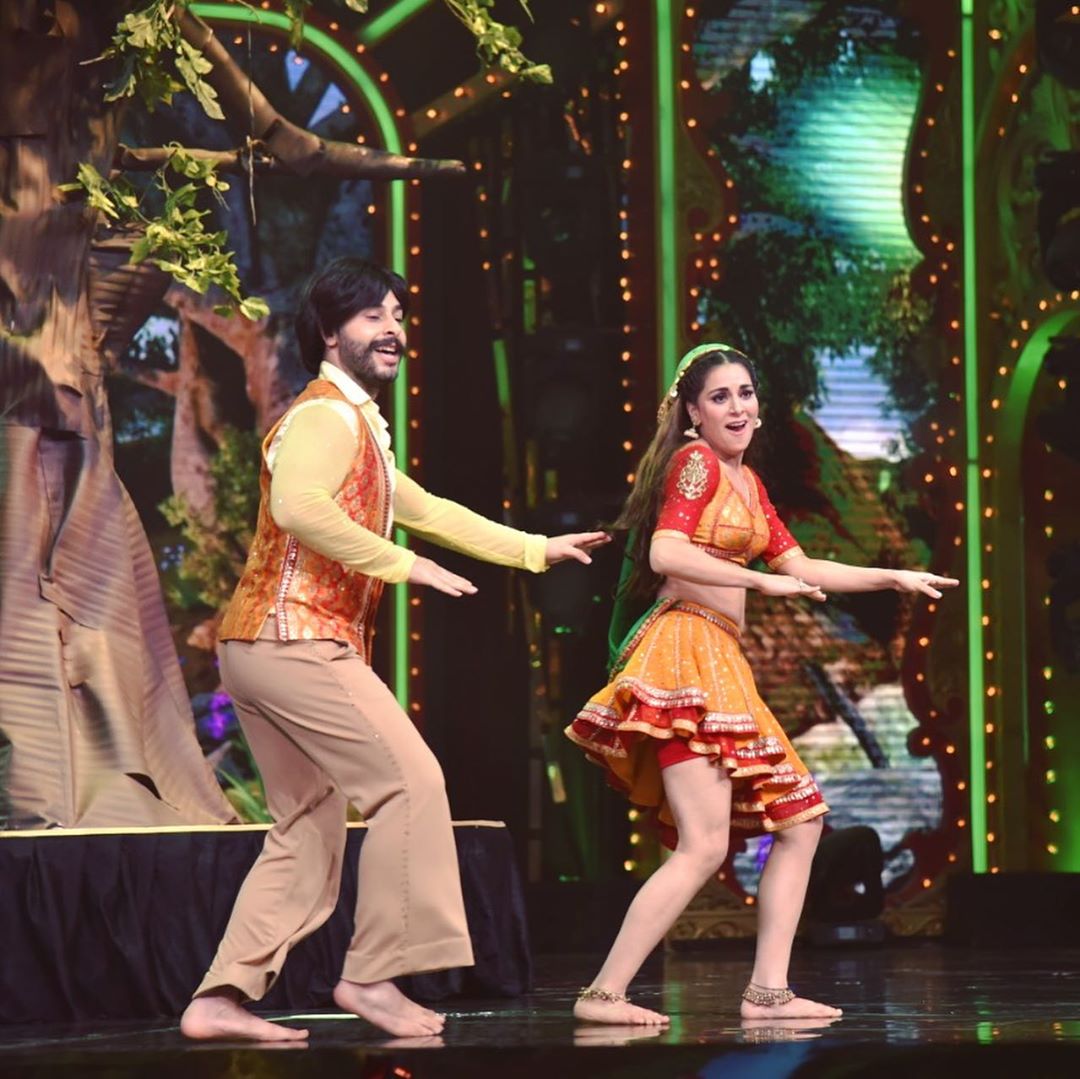 On the acting front, Shraddha is currently playing the role of Dr. Preeta Arora in the serial ‘Kundali Bhagya’, which is a spin-off of ‘Kumkum Bhagya.’

The role has been well received and she recently bagged the Best Actress Female (Popular) Award at the Gold Awards along with Shivangi Joshi.

She had also appeared in the music video ‘PK’ with Gurnam Bhullar, which went popular and has achieved 38 million views on YouTube.

Starting out as a contestant on the reality show ‘India’s Best Cinestars Ki Khoj’ in 2004, Shraddha made her television debut in 2008 with ‘Ssshhhh…Phir Aane Ko Hain.’

She is known for her roles in ‘Main Lakshmi Tere Aangan Ki’, ‘Tumhari Pakhi’ and ‘Dream Girl’ and ‘Kasam Tere Pyaar Ki.’