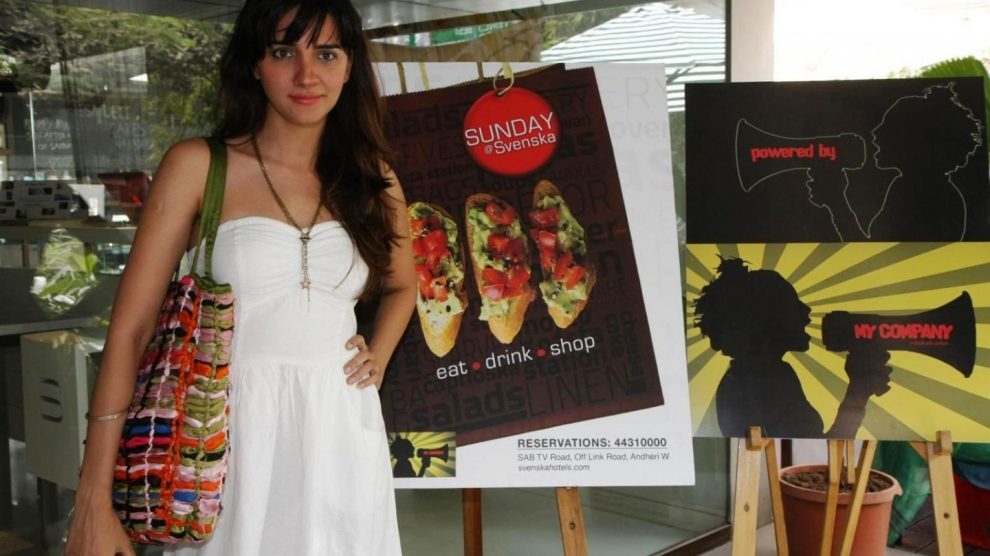 Rajeev's latest trouble is to finalize a vamp for daily soap and he is left with no choice other than his wife Priya (Shruti Seth).

Shruti Seth is an Indian actress and a television VJ. Shruti rose the popularity from the role of Jiya Malhotra in Star Plus hit comedy series “Shararat”, which was an Indian fantasy-sitcom, originally broadcast on Star Plus channel from 2003 to 2007. Shararat became one of the most popular show as the series progressed and has since become a cult-classic. In 2010, Disney Channel bought the rights to the show. Later, Shruti made her debut with the movie “Waisa Bhi Hota Hai”. However, she has played supporting roles in films like “Fanaa” and “Slumdog Millionaire.” She even hosted many television shows including the Comedy Circus Series.

Sony SAB TV has recently launched a new show “Biwi aur Main”, which is becoming very popular for its unique storyline. According to the plot, where Rajeev (Karan Veer Mehra) struggle to maintain his off screen and on screen life balance. His latest trouble is to finalize a vamp for daily soap and he is left with no choice other than his wife Priya.

Rajeev, the producer of the show titled “Bindiya, Shringar Ek Suhagan Ka”, wanted to add some drama where he introduces a vamp in the show. But when they reach to the location he gets to know that the actress who was signed to play the vamp didn’t turn up. So Rajeev left with no other option asks his wife Priya to play the vamp. Will Priya agree to play the negative role?

Stay connected for more latest updates related to Entertainment.. If you have anything to say related to this article.. Feel free to comment in the given box below.