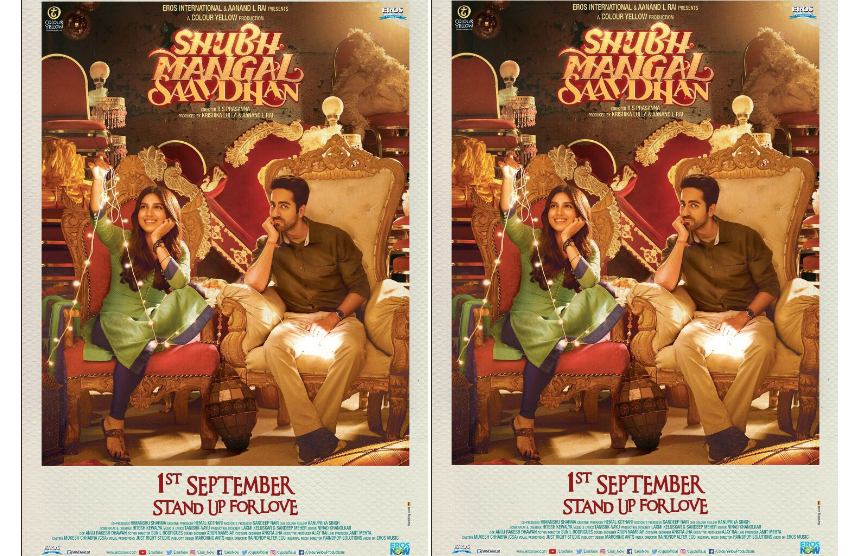 ‘Shubh Mangal Saavdhan‘ was an Indian Hindi comedy-drama film. The movie which is directed by R.S. Prasanna and produced by Aanand L Rai. The movie features Ayushmann Khurrana and Bhumi Pednekar in the lead. The movie which was released worldwide on 1 September 2017.

The movie which is said to be a remake of his own Tamil film titled ‘Kalyana Samayal Saadham’. The movie revolves around the concept of the erectile dysfunction and how it brings changes to his family life. The movie is said to be based on the Delhi and Haridwar and was extensively shot in Delhi, Hrishikesh and Haridwar.

On Sunday, the movie ‘Shubh Mangla Saavdhan’ manages to earn Rs 3.34 crore that will come around a total of Rs 31.86 crore. This is the second time when both the actor have come together for the movie. Earlier they have worked for the movie ‘Dum Laga Ke Haisha’, which won the National Award. In the movie, Ayushmann Khurrana will be essaying the role of a Delhi based groom Mudit and he is suffering from erectile dysfunction. He tries several hacks to solve the problem before his wedding with Sugandha (role essayed by Bhumi Pednekar).