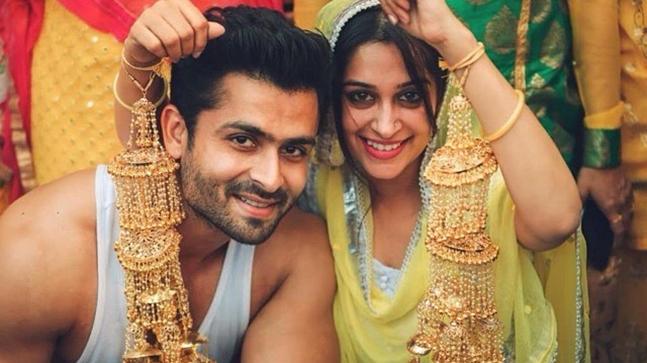 After Gaurav Chopra tying knot with long- term girlfriend, another television couple has entered into the holy bond of matrimony. Sasural Simar Ka fame Dipika Kakar and her co-star Shoaib Ibrahim got married to each other on 22 February after dating for a long period of time, in a hush-hush ceremony, away from media eyes in Shoaib’s hometown at Bhopal.

The ceremony involved only family and friends and was a private affair. The couple started dating soon after they met each other at the sets of Sasural Simar Ka where they had an immediate friendship that grew on to become a more closer relationship. The couple was a massive on- screen hit but Shoaib decided to leave the show due to lack in growth prospects and increasing monotony. However Dipika continued with the show, their on- screen distance didn’t bring any change in the relationship of the two at the personal front. 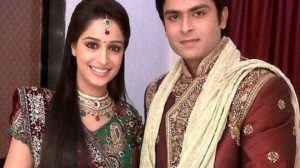 Pictures from their pre-wedding shoot is giving couple goals to their fans. The couple recreated the Dilwale Dulhaniya Le Jaaenge aura with their chemistry in mustard field and with their pictorial rendition of the famous train scene of Raj and Simran. 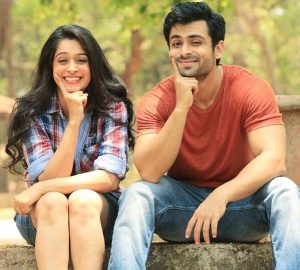 Several pictures and videos of the mehendi, sangeet and wedding ceremony of the duo have been shared by their fans that captures beautiful moments of the lively event that features the couple gleaming with happiness and bliss. Here’s a look-

They added lots of glitz and glamour to the sangeet ceremony by dancing on the tracks of ‘Sunn Mere Humsafar’ and ‘Chal Pyaar Karegi’ . While Dipika looked breath taking in a yellow and golden dress, Shoaib wasn’t looking any less divine in a red and black kurta- pyjama.

The two have faced a lot of trouble during this 7 years long journey together. Despite being from different religions and Dipika’s failed first marriage, the two continued to go strong with each other, tying the knot finally.

According to one of the sources, “Shoaib and Dipika, both wanted a very personalised affair. Being quite private people, they chose to have the ceremonies in Bhopal to avoid the constant media attention. Also, with Shoaib’s family residing there, it helped them in organising a grand yet a close-knit wedding. Only the closest of the friends have been invited but the rest would get to wish the newlyweds in a reception in Mumbai, the dates of which haven’t been fixed yet.”

We wish the newly weds a very happy life together.