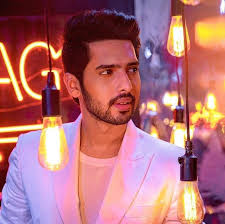 Armaan Malik has come a long a way from being a finalist on Sa Re Ga Ma Pa L’il Champs to singing for India’s one of the biggest star Salman Khan in Jai Ho. Besides her soothing voice and singing prowess, the singer has also garnered a lot of attention for his cute looks.

Since his video song Tootey Khaab came out last month, his fans have gone crazy and have been constantly requesting the singer to choose an acting project as well. During a recent interview, Armaan spoke about the issue. He admitted that after this video, many people texted him saying he must become an actor. He was already declared as one of the most upcoming male singers by many notable artists.

The singer, however, said, “If life takes me in that direction then I will go but right now there are so many things to achieve in music so I am sticking with music. Let’s hope that soon I get offered a movie which I would like to do.”

His romantic song Tootey Khaab has garnered a very warm response from the audience and has achieved over 19 million views on Youtube in less than a month. The song features Malik alongside Aditi Hundia and is composed by Songster and penned by Kunaal Vermaa.

Check out the song here: