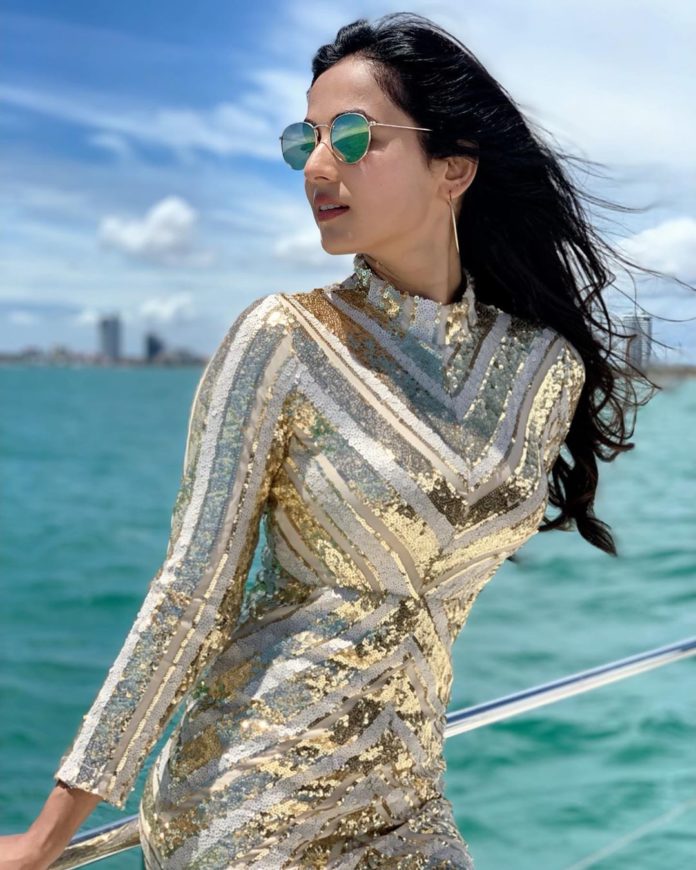 Actress Sonal Chauhan enjoys a sizable number of followers on social media, where she keeps her fans posted with her latest pictures.

She recently shared a picture of herself on her Instagram profile, where she is smiling looking at the sky.

The ‘Jannat’ actress looks simply stunning and adorable in the picture as she also wrote a motivational caption.

On the professional front, Sonal was last seen acting along side Prateik Babbar in the Zee5’s web series ‘Skyfire’, which was based on a novel of the same name.

She had earlier appeared in the romantic comedy ‘Jack & Dil’ with Arbaaz Khan, Amit Sadh and Evelyn Sharma.

In J.P. Dutta’s action war film ‘Paltan’, Sonal was seen romancing with Sonu Sood. The film was based on the 1967 Nathu La and Cho La clashes.

Sonal is set to star in the Telugu film ‘NBK105’ and in an upcoming web series by ALT Balaji, where she will share the screen space with television actor Parth Samthaan.