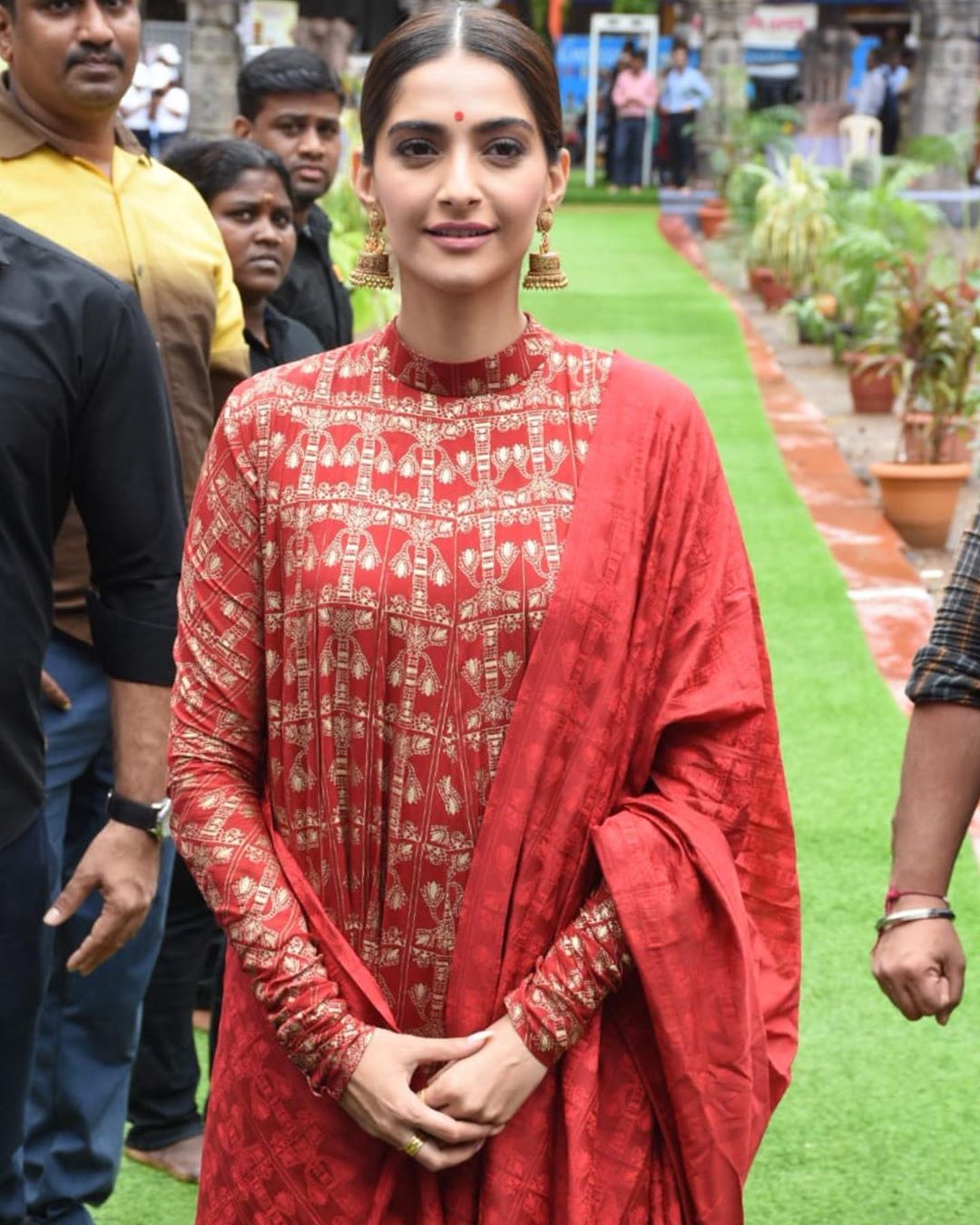 Sonam Kapoor is a well known face in hindi film industry who is known for her movies like Veere Di Wedding, Neerja, Prem Ratan Dhan Payo, Khoobsurat. She was most recently seen in the film Ek Ladki Ko Dekha Toh Aisa Laga and her performance in the movie was widely praised.

Sonam is currently shooting for The Zoya Factor. It is a romantic drama film, starring Dulquer Salmaan and Sonam Kapoor, directed by Abhishek Sharma.

Sonam was recently spotted in the city going to Ganesh temple to take blessings. Check out the photos: 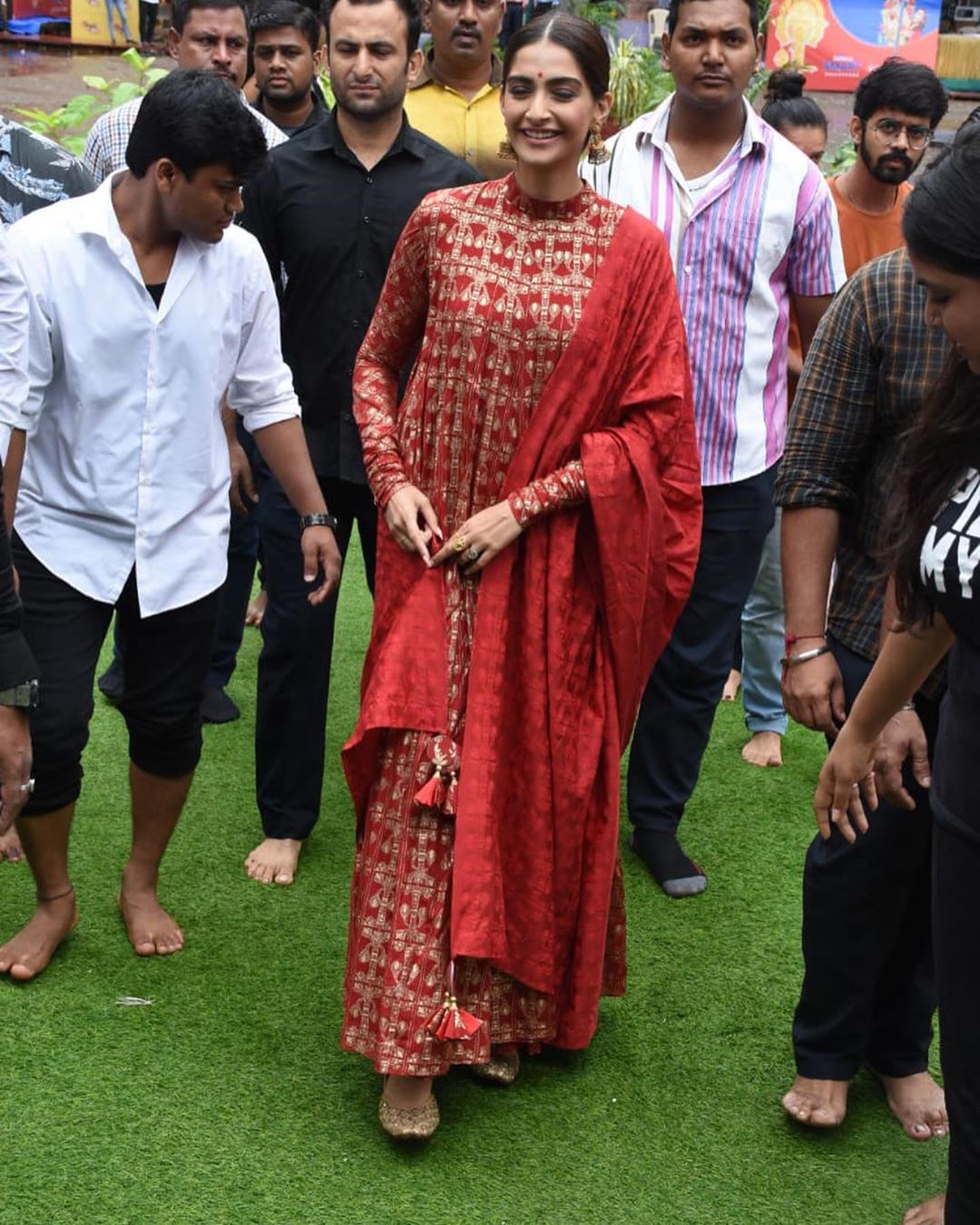 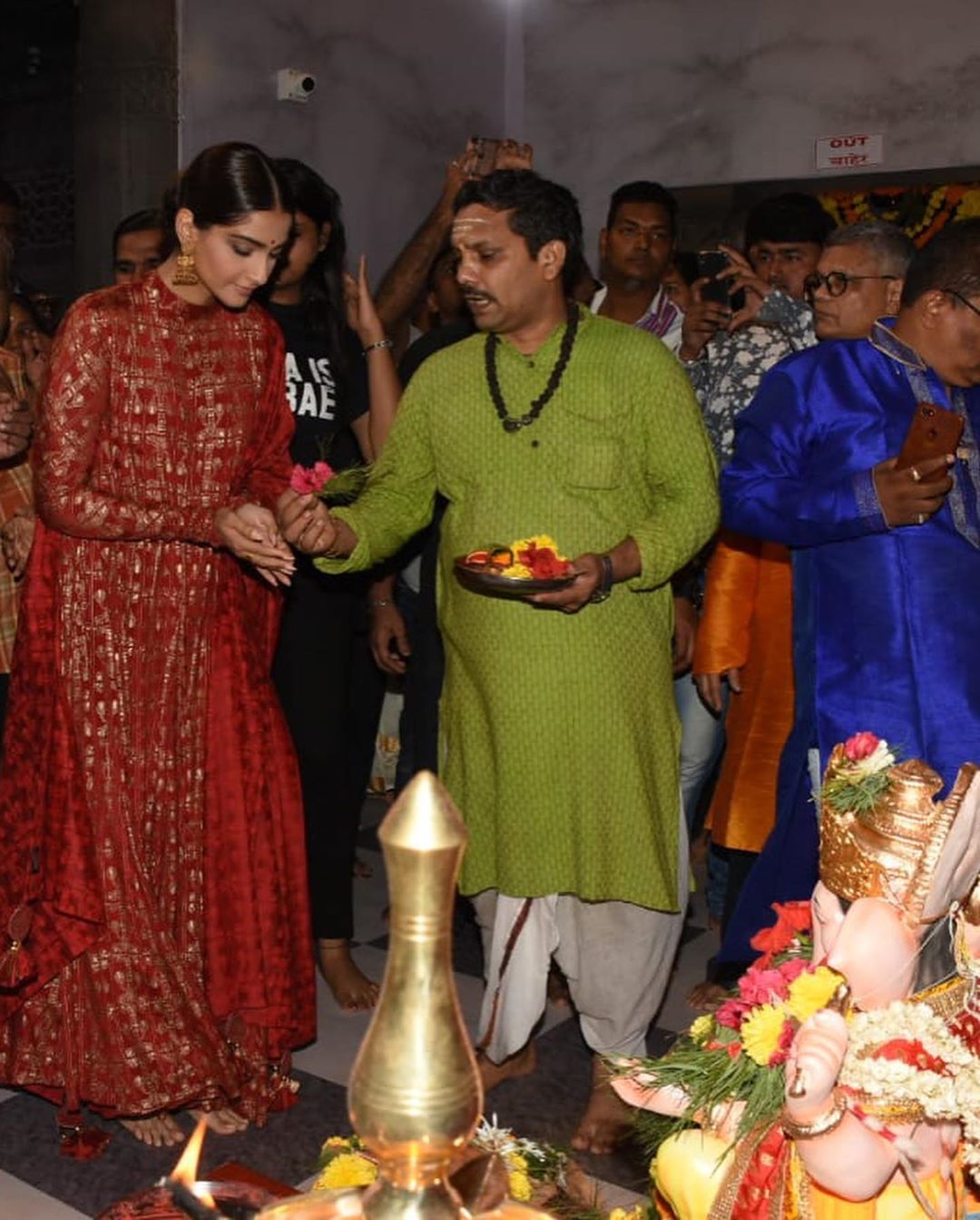