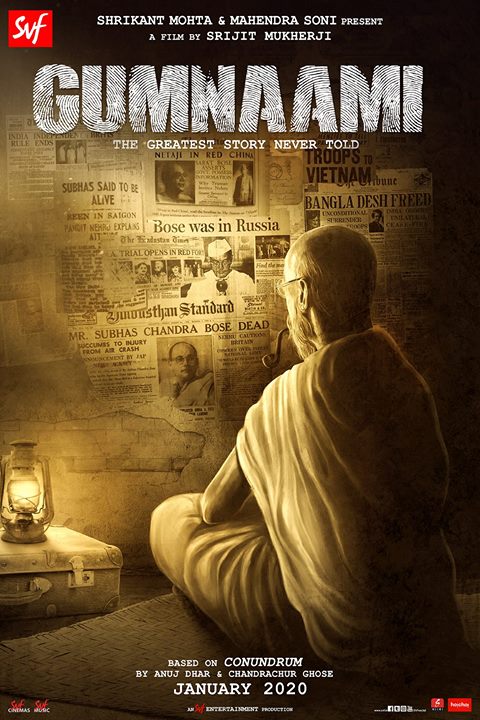 Bengali filmmaker Srijit Mukherji has directed the movie based on the Unsung Hero of India who fought for this country’s freedom and went into oblivion after achieving it. The mystery of his death is still unknown.

SVF shared the first look from its official twitter handle and wished the legend “Happy Birthday”.

Bengali filmmaker Prosenjit Chatterjee remembered the freedom fighter and tweeted a picture of him with a beautiful message.

Shyam Benegal’s ‘Netaji Subhas Chandra Bose: The Forgotten Hero’ is also screened in Tokyo on Bose’s 123rd birthday on 23 January. The film is screened with Japanese subtitles to make it more accessible to the Japanese audience.

Atul Tiwari, one of the writers of the film, says, “Tomio Mizokami from Osaka University of Foreign Studies, who was awarded the Padma Shri last year, has completed this project. He approached me last year with the idea to subtitle the film. It took him around one year to complete this project, and now, it will be screened for the first time in Tokyo with Japanese subtitles.”

Shyam Benegal, the director of the film, said, “Earlier, the film has been screened several times in Japan, albeit without Japanese subtitles, and it has received a good response each time.”