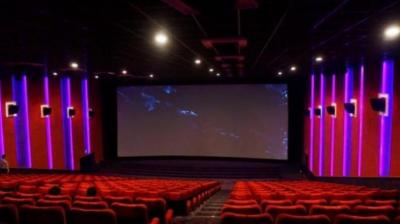 In times of difficulties such as the current pandemic, government intervention is a must. Without government help, industries can collapse. Sensing this, the Assam government has taken a huge step, to help the entertainment industry of the state. What have they done for this? The govt, through the chief minister, Sarbanands Sonowal, has distributed subsidy cheques to entrepreneurs. But why is this so?

They have done this, to help the entrepreneurs set up new cinema halls, reopen, renovate and renew closed and old ones, to help the entertainment industry. The Chief Minister distributed the cheques on Wednesday.

Five worthy entrepreneurs were the recipients of the subsidy cheques from the chief minister. This is a never before seen scheme, which the Assam State Film (Finance and Development) Corporation Limited implemented.

As per the rules laid down by the government, they’ll provide a subsidy of 25 percent or Rs 75 Lakhs under this scheme. For the renovation of cinema halls, a subsidy of Rs 25 Lakhs will be provided, while Rs 50 Lakhs subsidy will for provided for the opening of old cinema halls.

This means that under the scheme, the government is releasing 40 percent of the subsidy.

Those who have received a subsidy for opening new cinema halls are Jonaki Cinema Hall in Tezpur, Kelvin Cinema Hall in Guwahati, Zelimax in Bongaigaon, Chaya Cinema Hallin Tangla, and PG Enterprise in Nagaon.

With an intention to help the flagging industry, the Assam govt has stepped up at the best possible time.