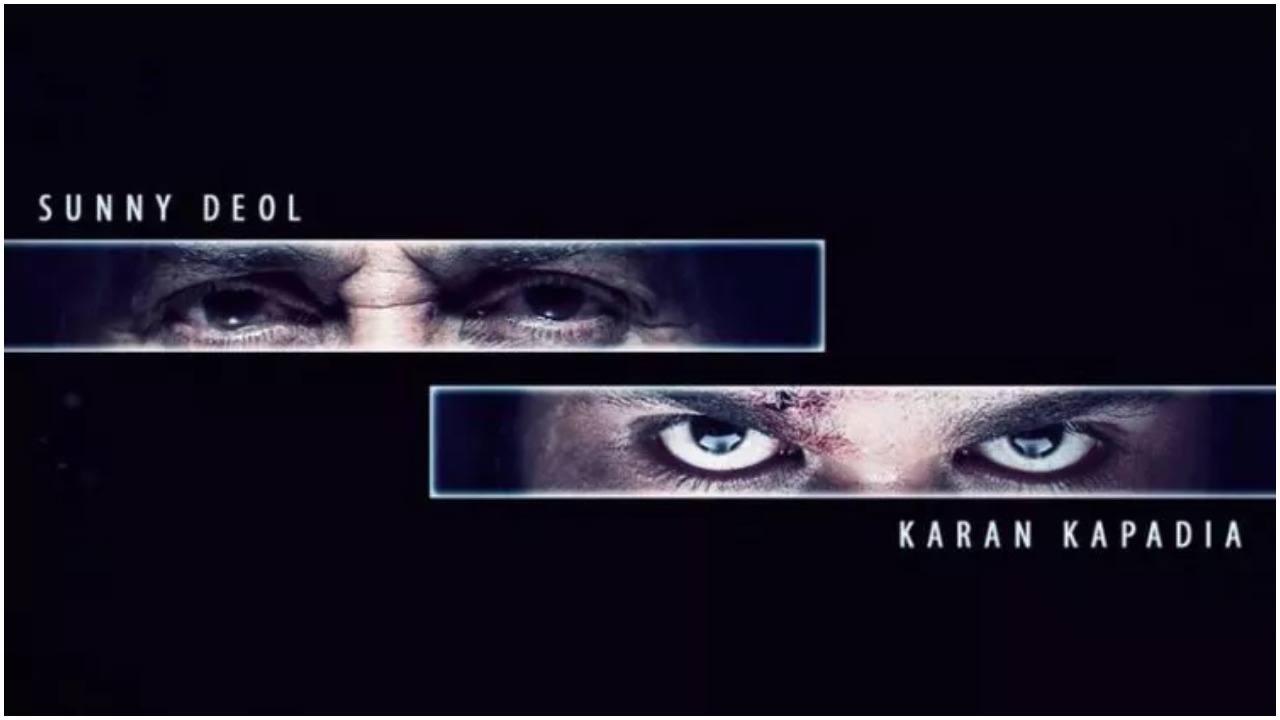 The makers of the upcoming Bollywood mystery-thriller ‘Blank’ teased the fans with two new teaser posters of the film. The movie stars debutant Karan Kapadia, nephew of Dimple Kapadia and Sunny Deol in the lead roles.

‘Blank’ is produced by Dr. Shrikant Bhasi, Nishant Pitti, Tony D’Souza and Vishal Rana. The film is helmed by Behzad Khambata, who worked as an assistant director for the 2012 film ‘OMG Oh My God!’.

Karan learned Horseriding and Martial Arts as prep for the action thriller. The buzz is that Akshay Kumar will do a cameo in the upcoming film. The new poster only features Sunny Deol and Karan Kapadia’s intense looking eyes while the rest of the poster is blank.

It is a coming of age film, which also stars ‘Drishyam’ fame Ishita Dutta.