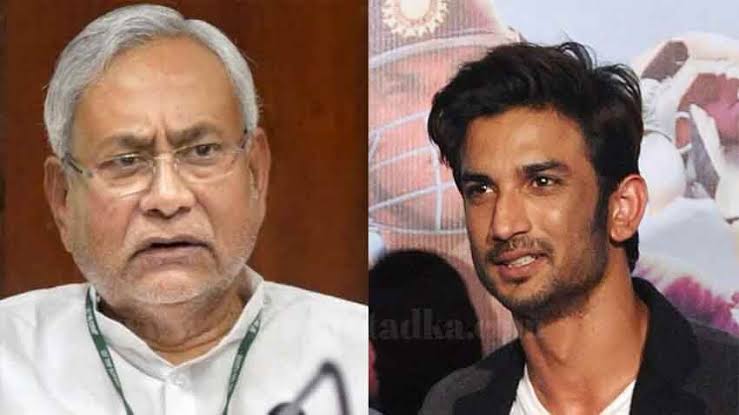 To reach this place of truth and a sense of closure regarding his son’s death, Sushant Singh Rajput’s father, KK Singh earlier today met Bihar Chief Minister, Nitish Kumar. Their meeting led to the CM reaching an important decision. He has given a recommendation for CBI inquiry into the actor’s death and has further told that the Bihar government will ask for a CBI probe into the matter.

Nitish Kumar also revealed that Sushant’s family is not keen to get the case investigated by the police. The family wants CBI to take matters into their own hands, in the case.

On Monday, Sushant’s father caused an uproar. He released a video wherein, he alleges that the family in February had informed Mumbai Police about the danger to Sushant’s life via Whatsapp texts.

Even Rajput’s friend and flatmate, Siddharth Pithani released Whatsapp texts which Sushant’s brother-in-law had sent to him in February. Those texts indicate that the late actor’s family were not happy with the company he was keeping. But why did the family send these texts to Pithani ? As per him, it was because they weren’t able to reach Sushant back then, so they sent the messages to Siddharth. At that time, Siddharth was living with the actor and had forwarded the texts to him.

These fresh allegations from Sushant’s family were maligning the image of Mumbai Police, who released a statement. In the ensuing statement, the police allege that no complaint was filed by the family in February 2020. It read :

Though Bihar CM, Nitish Kumar has now ordered a CBI probe into the matter, there are still many controversies going. When will we get to know the truth? Only time will tell, till then follow us  to stay updated about the details of Sushant’s case.