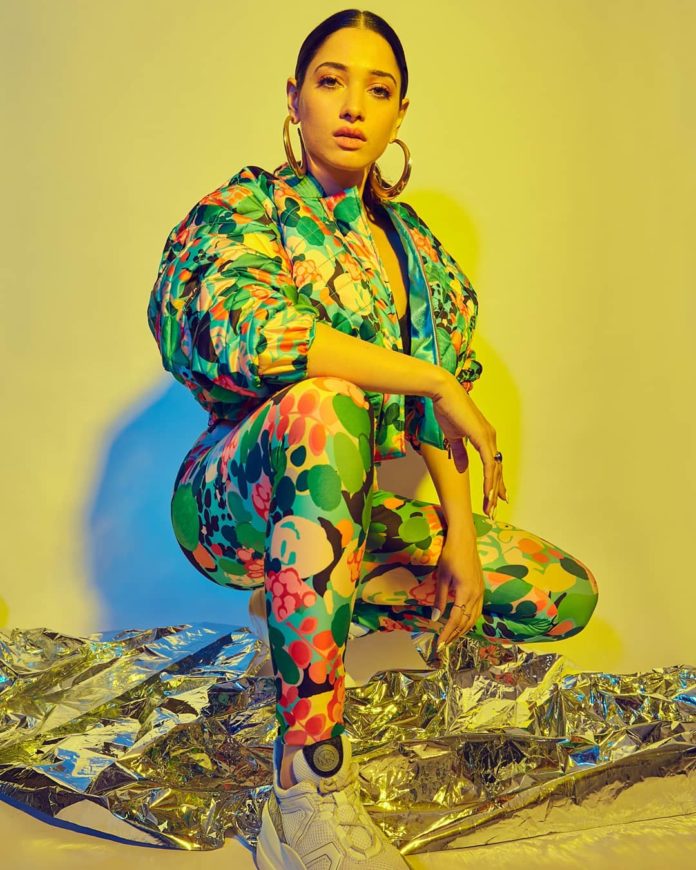 Actress Tamannaah Bhatia enjoys a massive fan following on her social media handles where she keeps her fans posted with her latest pictures.

She recently shared some of her pictures on her Instagram profile, that has created ripples through the cyberspace.

Dressed in an amazing and colorful outfit styled by Sukriti Grover in a yellow lit environment, Tamannaah looks simply ravishing in the pictures.

She captioned it: “All geared up for @dimitrivegasandlikemike’s gig in #Mumbai 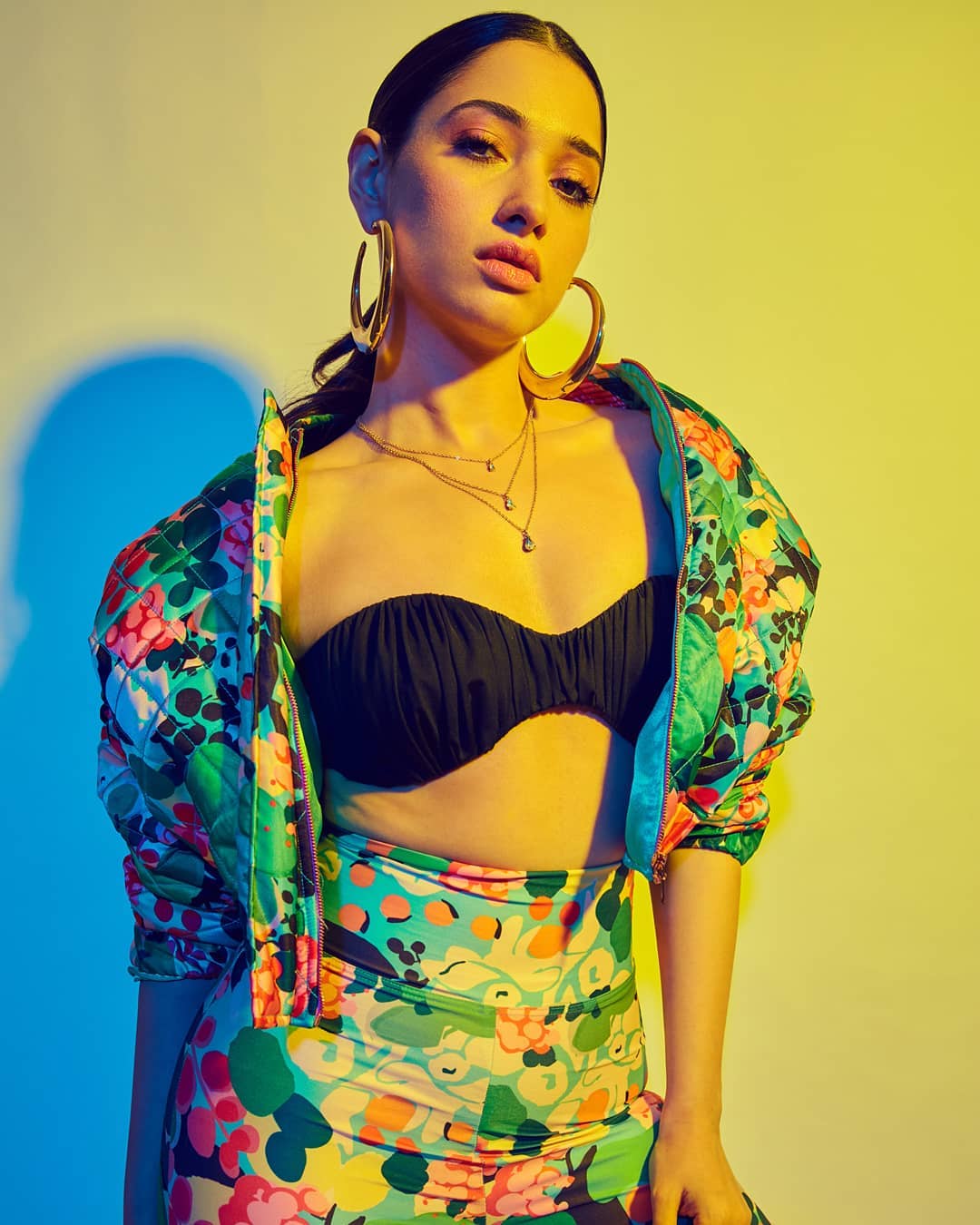 Tamannaah had wore this outfit to attend the gig by Dimitri Vegas & Like Mike who were in Mumbai recently.

On the work front, Tamannaah is gearing up for the release of her upcoming Tamil language action film ‘Action’.

The trailer of the film has become very popular and has achieved over 4.2 million views on YouTube in two weeks.

Produced by R. Ravindran and written by Subha, Sundar C. and Venkat Raghavan, the film will hit the theaters on 15 November.

Tamannaah’s last release was the horror comedy ‘Petromax’, directed by Rohin Venkatesan. Her performance and the film were well received.

She is also filming for the romantic drama film ‘Bole Chudiyan’ with Nawazuddin Siddiqui, which is directed by his brother Shamas Nawaz Siddiqui.