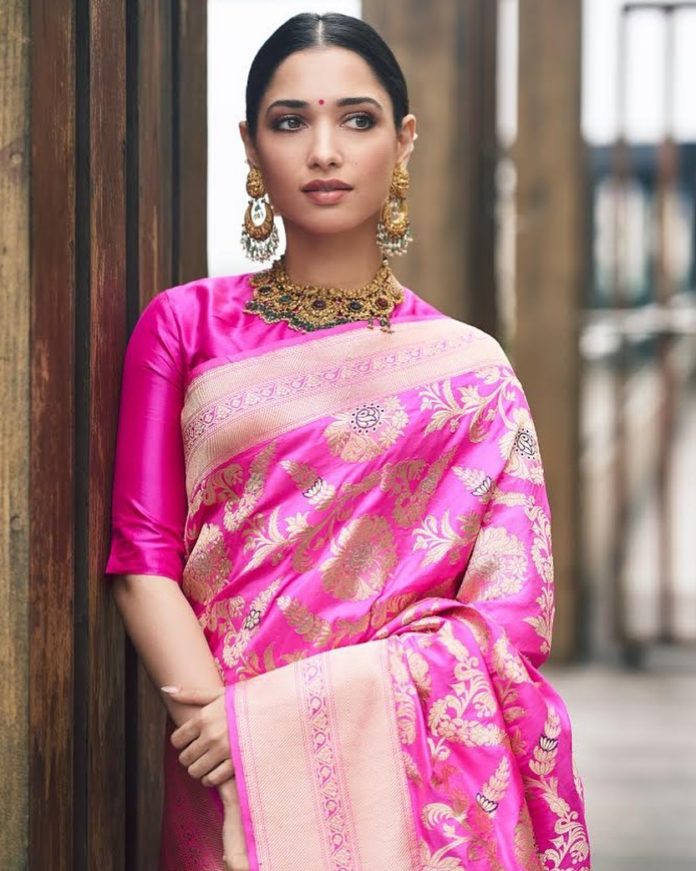 Tamannaah Bhatia is one of the most popular actress in the Tamil, Telugu as well as the Hindi film industry.

She recently shared a picture on her Instagram profile, taken for the promotional event of her upcoming film ‘Action’.

On the work front, Tamannaah is gearing up for the release of her upcoming Tamil action film ‘Action’ directed by Sundar C.

She was recently seen in the horror comedy ‘Petromax’, directed by Rohin Venkatesan. Her performance and the film both were well received and proved to be a box-office success.

Her last Bollywood outing was the suspense thriller ‘Khamoshi’ directed Chakri Toleti, which was a remake of the Hollywood film ‘Hush.’

She is also playing the title character in the comedy drama ‘That is Mahalakshmi’, which is a remake of the successful 2014 Hindi film ‘Queen.’