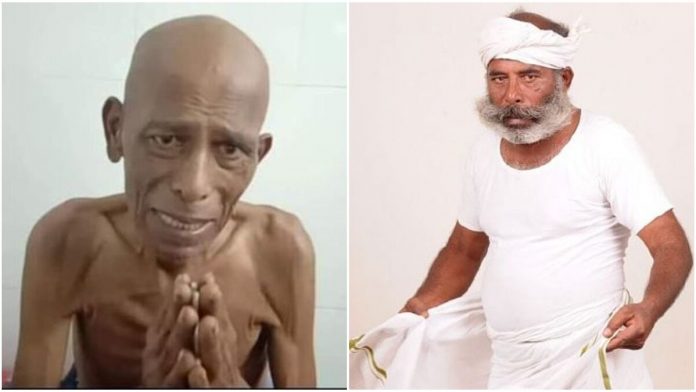 “Such a vast difference. From the same movie, one earns millions while the other starves,” a dialogue from Hrishikesh Mukherjee’s 1971 film Guddi which seems to be relevant even today as the sorry state of junior artists and their heart-wrenching stories often come to light every two or three months, all thanks to social media. In a similar instance, a video of Tamil actor Thavasi seeking help for his cancer treatment is going viral. The actor is on a severe stage as he has lost a lot of weight and looks totally unrecognizable.

In the video that is making rounds all over the web, the actor is quoted saying, “I have acted in films from Kizhakku Cheemayile (1993) to the latest Rajinikanth’s Annaatthe. I never thought that I would get such a disease.” The actor is seeking help from the members of the film fraternity and has got all the attention of netizens who are requesting celebrities to lend a helping hand.

Thavasi’s story is just one of the many and it sheds an important focus on the poor state of junior artists in a country that is globally renowned as the massive producer and hub of cinema. Thavasi has been a part of the Tamil film industry for more than 30 years and yet he struggles for his treatment.

The recent report states that actor Sivakarthikeyan has offered to foot Thavasi’s medical bills. It is worth noting that Thavasi played a minor role in Sivakarthikeyan’s hit comedy film, Varuthapadatha Valibar Sangam (2013).