The Indian Wire » Entertainment » Comedy, action, drama and thriller, Kollywood has it all this week Tamil movie lovers have many options this week as four prominent movies will release this Friday, one of these is Dhanush’s ‘Maari 2’.

Balaji Mohan directorial, starring Dhanush and Sai Pallavi as the lead pair, is  Indian Tamil action comedy film. It is the sequel to  2015 film ‘Maari’. The first trailer of the film was out on December 5, 2018, with English subtitles.

The synopsis of the video reads, “The Naughtiest DON of our times is Back.” referring to Dhanush’s character in the first part on the series.

The action-packed trailer also has a fun part in it. The movie revolves around ‘Maari’ most notorious don of the area. Beeja a.k.a Thanathos, played by Tovino Thomas, wants to kill Maari, at any cost. The film is produced by Dhanush himself.

Meaning of the title means “dreams” and this is the journey of a little girl chasing her dreams to become a cricketer, which is seen as a man oriented sports. The film stars  Sathyaraj, Aishwarya Rajesh and Darshan in lead roles, and Sivakarthikeyan as a cameo role. Arunraja Kamaraj has made his debut in direction with this film, he has also penned down the story.

The synopsis of the trailer reads, “Breaking all odds, striving for excellence and chasing your true passion, truly does seem like the dream ride, although it isn’t as easy as it looks! Presenting the official trailer of the Tamil- sports drama #Kanaa directed by #ArunrajaKamaraj. Produced by #Sivakarthikeyan, the path-breaking tale stars #AishwaryaRajesh and #Sathyaraj in lead roles. This is all about the big dream!”

Jayam Ravi and Raashi Khanna starrer ‘Adanga Maru’, a Tamil action thriller film is written and directed by debutant Karthik Thangavel. It has Ponvannan and Sampath Raj as supporting roles and it is produced by Sujatha Vijayakumar.

The trailer synopsis reads, “Dive deep into the demanding life of this police official played by #JayamRavi in #AdangaMaru directed by Karthik Thangavel. Unyielding to external forces and dealing with pervasive situations in the most realistic manner.”

It is an Indian Tamil action comedy film directed by Chella. The film stars Vishnu Vishal also as the producer, alongside Regina Cassandra, and Oviya.

The synopsis reads, “Rib-tickling humor that will thoroughly leave you in splits! #VishnuuVishal returns with a massive entertainer # SilukkuvarpattiSingam! A #LeonJames musical, this fun-filled ride hits screens on December 21st!” 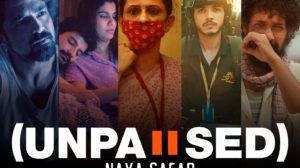 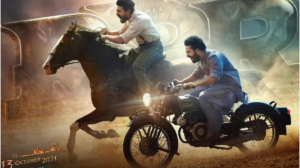 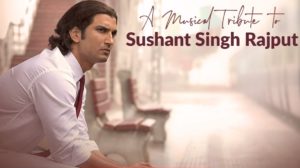