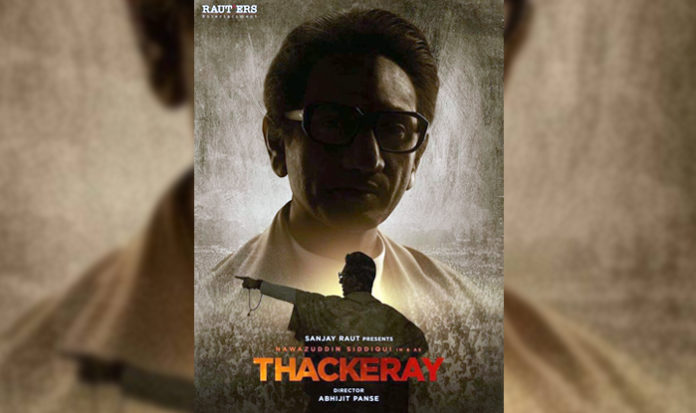 One of the most talented actors of the Bollywood Nawazuddin Siddiqui starrer ‘Thackeray‘  exceeded the box office predictions of trade analysts. It was expected to collect maximum ₹30 crores in its account but by the end of its first week, it rubbished all such forecasts.

The film managed to earn ₹31 crores at the box office altogether in Hindi and Marathi. The Indian bilingual biographical film earned ₹6 crores on its opening day and ₹10 crores on the second day which was a national holiday.

Weekdays were a bit of disappointment for the film as it made ₹2.90 crores on the starting day of the week. Tuesday’s business wrapped up at ₹2.50 crores and Wednesday’s at ₹1.70 crore. At the end of the week, the film had ₹31.60 crores in its account with Thursday’s share ₹1.60 crore.

The biggest problem for the film is its contemporary ‘Manikarnika: The Queen Of Jhansi‘ which emerged stronger than expected and successfully running ‘Uri: The Surgical Strike‘ which is still steady after three weeks.

The film was released in Marathi and Hindi, it had a huge clash with Kangana Ranaut’s ‘Manikarnika’, yet ‘Thackeray’ was standing strong at the box office.

The film is helmed by Abhijit Panse, the film is doing exceptionally well in Marathi than in Hindi.

The film explores the journey of Bal Keshav Thackeray from a cartoonist in The Free Press journal to the most powerful political leader in Maharashtra. It gives us a glimpse of his personal, professional and political life.

Nawazuddin’s performance is getting wide appreciation from celebrities, film critic and audience at large.