Are Hollywood films taking over the business of Indian films?

Stiff competition between Bollywood and Hollywood films is not new; instead it is part of the bigger trend that has emerged in recent years. Hollywood films are faring better and how!

Jumanji: The next level, released this December, opened to Rs 5.05 crore on its first day and together with the earnings from its previews it made a total collection of Rs 6.20 crore on day one. The amount was larger than the combined collection of two major Bollywood movies released the same day The Body and Mardaani 2. The latter is the second installment of 2014 successful film Mardaani. It starred a major Bollywood actor Rani Mukerji who won praises for her performance. Yet the second film in the franchise collected only Rs 3.80 crore on its first day. The Body, starring Emraan Hashmi and Rishi Kapoor, collected only Rs 50 lakh on the same day.

In an unprecedented instance animated films are performing fairly well at the Indian box office. November release, Disney’s Frozen 2 fared better than another major Bollywood film Pagalpanti which boasted a huge star cast John Abraham, Anil Kapoor, Ileana D’Cruz among others. It has even become the highest grossing animated film in India with a collection of Rs 42.25 crore. The record was previously held by Incredibles 2 (again Disney) with a collection of Rs 41.65 crore.

The competition at times is so stiff that Bollywood producers avoid releasing their films on a weekend when another big budget Hollywood movie is lined up for release. “With Avengers: Endgame we saw something similar as Bollywood producers stayed away from releasing any of their movies on that weekend and even the weekend after. We see a similar trend continuing with the Rambo: Last Blood,” Sanjeev Bijli, Joint Managing Director, PVR told The Hindu Business Line.

So are Hollywood films taking over the business of Indian films? Well, yes and no. Yes, because as we have just seen how some American movies are giving a run for money to major Hindi films. And No, because the major box office revenue in India is still coming from indigenous films. At the same time it should be noted that there has been an unprecedented growth in revenues of Hollywood movies in India. According to an FICCI-EY 2019 report titled A Billion Screens of Opportunity, Hollywood films contributed 10 percent of total movie business in India. The figure stood at 3-4 percent a decade ago.

It is worth noting that the biggest grossing film of this year is not of any Khan, Kapoor or Kumar, instead it is Avengers: Endgame. Released in April this year, the film collected Rs 365 crore at Indian box office leaving behind Hrithik Roshan’s War and Shahid Kapoor’s Kabir Singh which collected Rs 317.77 crore and Rs 271 crore respectively.

Let us look at some of the reasons for the growth in the business of Hollywood films at Indian box office.

We are living in an age when more and more people are getting access to the internet at an affordable price. With the rise of OTT platforms, Indian youth has exposure to quality content from across the world and hence are developing a taste for better films. Hollywood films are way ahead of their Indian counterparts when it comes to graphics, camerawork, and of course the budget. Even a film like Joker, praised for its content, earned more than Rs 60 crore in India. It is an impressive figure keeping in mind the fact that the film was released in English only.

Another reason for the good box office performances of Hollywood films is their legacy. Franchise films, remakes, and action movies are doing great business in India. Avengers Endgame and Avengers Infinity War, which made Rs 365 crore and Rs 222.69 crore respectively, are part of Marvel Studios Avenger franchise. The Jungle Book that collected Rs 188 crore is inspired by Walt Disney’s 1967 animated film of the same name. The Lion King, which was released earlier this year and collected Rs 150 crore, is again a widely popular story. Similarly Jurassic World and Fast and Furious 7, both of which crossed Rs 100 crore, are parts of film franchises.

Dubbing… and then Dubbing Some More…

Hollywood filmmakers are releasing their films in India not only in English or Hindi but also in other languages like Tamil and Telugu. It helps the films penetrate different regions and reach a wider audience. Around 50 percent of revenue of Hollywood films comes from Hindi, Tamil and Telugu versions, according to the EY report. So if 2016 release The Jungle Book made Rs 188 crore, 46 percent of its collection came from English version while a staggering 56 percent came from dubbed versions. 50 percent of the total screens for Infinity War were devoted to the dubbed versions including Hindi, Tamil and Telugu.

Promotions and association of Indian stars

Film distributors are making full use of the advancement in technology to promote the films. Social media has emerged as a new and effective platform for films’ promotion and to engage with the youth. PVR Cinemas is even trying to get the Hollywood cast to interact with Indian fans.

“We did have Robert Downey Jr over a Skype conference to interact with fans in India during the Avengers: Endgame release. It just makes the fans feel a lot closer to the Avengers franchise,” Sanjeev Bijli, Joint Managing Director, PVR told news daily, The Hindu Business Line.

A huge part of the promotion is done when an Indian star dub for a Hollywood film. With major production houses like Disney and Fox present in India it’s easier for them to engage Bollywood celebrities for promotional work. Actor Siddhant Chaturvedi and Sanya Malhotra dubbed for Chris Hemsworth and Tessa Thompson’s Men in Black: International.

Promotional activities like these not only make headlines and generate curiosity among the fans but also attract the audience to theaters. Actor sister duo Priyanka Chopra and Parineeti Chopra lent their voices for the characters of Elsa and Anna in Frozen 2 along with a video promotion dressed as the characters. Aishwarya Rai dubbed for the Hindi version of Maleficent: Mistress of Evil. Rai also shot a short promotional video in the get up of Maleficent which is played by Angelina Jolie in the film.

A great example of good content comes from the Baahubali Franchise (2015, 2017) that did exceptional business (domestic and overseas) despite being a regional film. Helmed by S S Rajamouli the production cost of both the films stands at ₹180 crore, and 250 crore respectively. Over 5 years the film was shot in Telugu and Tamil and later dubbed in Malayalam and Hindi for the audience. Globally the franchise grossed ₹650 crore (US$101 million), ₹1,810 crore (US$278 million) respectively for each film.

It is evident that Hollywood movies are capitalizing big bucks on the Indian screens due to the franchise popularity and movie making sensibilities whereas Bollywood movies have a chance to fare well if only they work out their content quality! 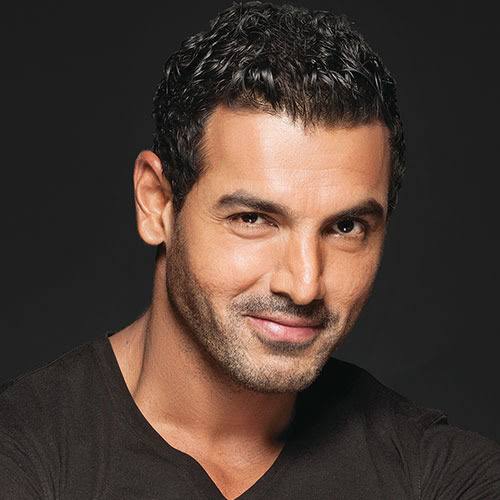