David Copperfield is an iconic book from Charles Dickens and a film based on it, starring Hollywood actor, Dev Patel is soon coming in Indian theatres. Titled as The Personal History of David Copperfield the film is releasing on December 11.

PVR Pictures is releasing the film in the country which comprises of a stellar cast. Apart from Dev Patel the film will feature actors like Tilda Swinton, Hugh Laurie, Ben Whishaw and Benedict Wong.

The film is a comedy-drama which will showcase David’s journey from a broke orphan to a renowned writer. While after becoming a writer, his writings translate his journey and the various experiences he had.

At the 2019 Toronto International Film Festival the film had its world premiere. Many critics praised the film, giving it decent reviews.

Director, Armando Iannucci has helmed the film, with a screenplay he co-wrote with Simon Blackwell.

Based on true story ‘Lion’ talks about Technology, Love and Humanity

Revisiting Movies: ‘The Man who knew Infinity’ a biopic of great Mathematician Ramanujan 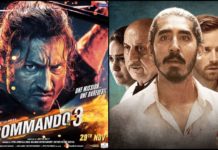