Panaji: Ujjwal Gawad, Professor at Film and Television Institute of India (FTII) on Wednesday at International Film Festival of India, talked about his insights into the production design, the visual art, and craft of cinematic storytelling, at an online session on “Production Design- A World Building for Films.”

As per the I&B ministry, he said that the look and style of motion pictures are created by imagination, artistry, and collaboration of the director, director of photography, and the production designer.

The professor introduced the meaning and history of production design. “A production designer is responsible for integrating the script with the director’s vision for the film and translating it into physical environments in which the actors can develop their characters and present the story.”

Prof. Ujjwal said that production design is a narrative tool. He said, “It can create a world where narrative and action take place. It brings more interest and more authenticity to a set. It leads our imagination and draws us into a world, which includes architecture, color, space, shape, texture, visual metaphors and visualization of the screenplay.”

Political Journey of Sushma Swaraj: A glimpses of woman leader rising through ranks 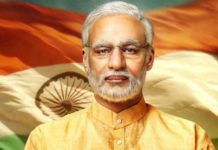